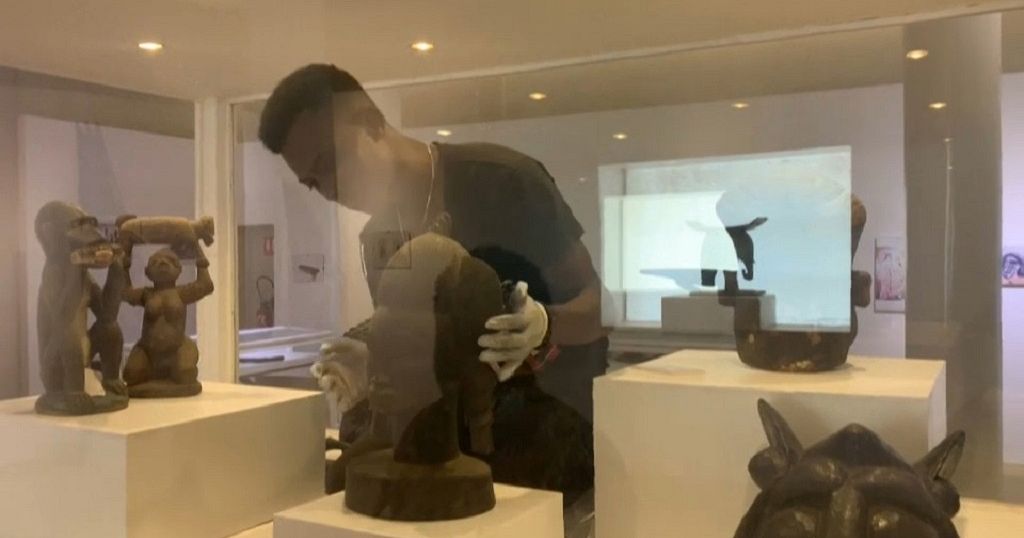 Like many other museums around the world, the Theodore-Monod museum of art in Dakar reopened this week after over a year of pandemic-induced closure with a “new vision” and works of art returning to the continent after years.

Visitors will find improvements as well as additions to the already extensive collection.

During his tenure as UNESCO chief, Mbow penned “A Plea for the Return of an Irreplaceable Cultural Heritage to those who Created It” in 1978, in which he asked that member states take measures “for the return of cultural property to the countries from which it has been taken”.

Some of the works were acquired in the 19th century and with IFAN researchers later adding art they collected in the context of their studies: figurines, masks, vessels, cloth, ornamental or live weapons of wood, metal, earth or leather, mainly from West Africa or the Sahel.

Recently arrived from Paris are several works that had been on loan for years to the Quai Branly museum.

“It isn’t a restitution, it’s a return,” explains Ndiaye, “But still, the symbolism is there: these are objects that have returned to African soil.”

At the entrance of the exhibit is an installation made from crates in which artworks are transported — “the symbol of the crossing”, says Ndiaye.

Nearby, a megalith is on display that not so long ago graced the halls of New York’s Metropolitan Museum of Art.

A portrait of Mbow celebrating his centenary hangs in the middle of the exhibit, and his appeal is prominently featured.

“The vicissitudes of history have… robbed many peoples of a priceless portion of this inheritance in which their enduring identity finds its embodiment,” it reads.

“The men and women of these countries have the right to recover these cultural assets which are part of their being.”

Ndiaye laments the fact that the museum’s 9,000 works of art were forced into “invisibility” by the pandemic, as well as the loss of revenue for the IFAN.

But the institute seized on the closure as an opportunity.

“It allowed us to take a long look at the state of the museum,” he says, noting the outdated layout and signage around the exhibition spaces, as well as the rundown gardens.

“Reopening required us to have a new vision of the museum,” he says of the space that was originally built to house Dakar’s district command in the early 1930s.

Improvements have been made to lighting — direct sunlight that once glared in from openings is now being diffused to make detail on the works more visible.

Work carried on up to hours before the public was admitted. In the quest for post-pandemic normalcy, Ndiaye says his museum is “the admiral ship that symbolises the return”.