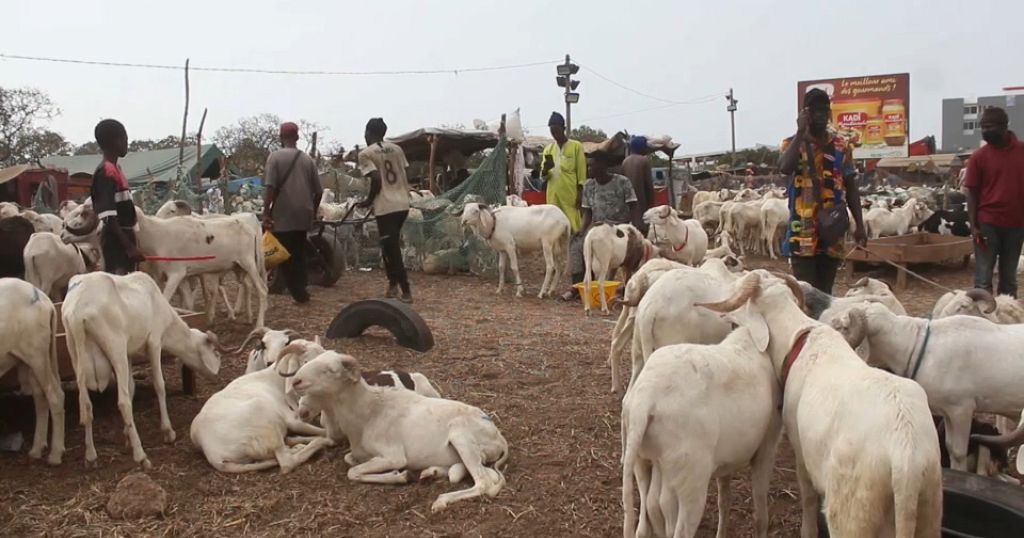 Adama Ndiaye arrived early in the morning on Wednesday at Bargny, about 40 km from Dakar, expecting to receive a sheep to celebrate Eid al-Adha next week, one of the most important events in the Muslim world.

The 63-year-old woman lives with four of her nine children in Rufisque, a nearby city, and like many in Senegal, has been facing financial problems over the last year as a consequence of the economic crisis caused by the pandemic.

Selling ice creams does not provide enough money for her to support her family, pay the expenses and buy a sheep – which costs at least 70,000 CAF (about 140 USD) – to celebrate the Tabaski, as the festivity is called in Wolof, the local language.

When she heard the news about an Islamic NGO donating the animals to poor and vulnerable people with no means to buy one, Ndiaye immediately went to try to get one for her family.

“It’s very very (difficult) because there is no work, my children are at home and there is no work,” she said while waiting in the courtyard of a school where hundreds gathered to receive a sheep.

“The life is very expensive and the situation is very difficult,” she said.

She said her family can’t have three meals per day, and that they get breakfast and lunch sometimes when they’re lucky.

“I have prayed a lot, have prayed and I was not expecting to have a sheep. God knows how I feel (for receiving it). Like me, is the same for the others,” she added.

After receiving her sheep, surrounded by dozens of boys offering help to earn some money and men in horse-drawn carts, Ndiaye and a group of women coming from the same neighbourhood took a taxi, put the animal inside and left.

They will wait until Eid al-Adha to slaughter and prepare the sheep and share it with family and friends.

“The pandemic has especially impacted the most vulnerable segments of the population,” said Anne Catherine Dupre, coordinator of project for SIF, Secours Islamic France in Senegal.

According to her since last year, 30% of the thousands of people that the NGO support through different projects were forced to reduce their consumption of food due to the crisis caused by the pandemic.

“We are already dealing with populations that are very vulnerable, so in fact, for them to reduce it, means they’re only going to eat once a day,” she added.

SIF has been working in different projects in Senegal since 2008.

They have distributed food and sheep among people during Ramadan and Tabaski, but this year they had to increase the number of donations due to the high number of people living in a vulnerable situation due to the pandemic.

Dupre said Tabaski is the most significant celebration in the nation of 80% Muslims.

The organization that also distributes food, money and support through education and training to unemployed people, plans to distribute around 2000 sheep in Dakar and the surrounding outskirts ahead of Eid al-Adha.

Meanwhile, Ndiaye and others hope the pandemic finishes so things can go back to normal.

Awa Mboro Ndaye, a 54-year-old resident of Bargny, said her work has reduced due to the pandemic.

She said she would have never been able to buy a sheep. “They (the NGO) has come to help us with the sheep, thank God.”