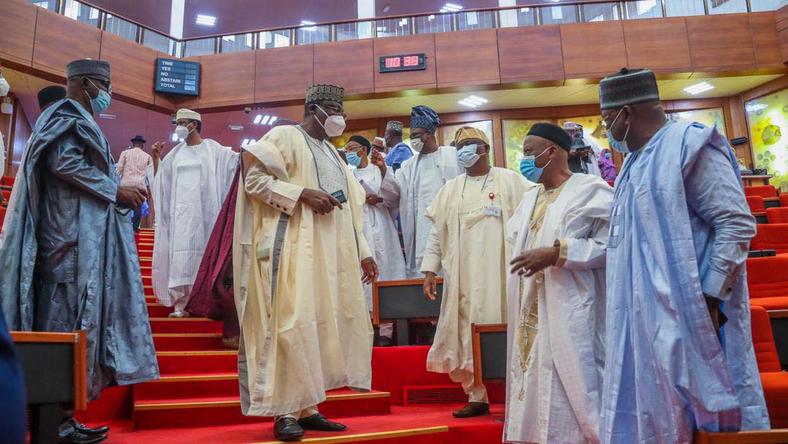 The bill seeks to abolish the culture of contractual staffing in the workforce, with many lawmakers noting that it is detrimental to the nation’s economy.

Contract employees are typically employed on a non-permanent basis without benefits such as health insurance, paid leave, and other compensation enjoyed by full-time employees.

Sponsor of the bill, Senator Ayo Akinyelure (Ondo Central – PDP), described casualisation of employment as an immoral strategy of cutting cost by employers.

He complained that many workers in sectors such as telecommunications, oil and gas, mining, steel, banking, and insurance are engaged as casual labourers.

The lawmaker said the practice was making work less secure as workers are recruited and fired at will, and subjected to inhumane working conditions.

He argued that passing the bill into law would put Nigerian graduates in their rightful place to add value to the Nigerian economy in all ramifications.

Senator Smart Adeyemi (Kogi West – APC) said casualisation is a system of the West which he described as ‘modern-day slavery’ and ‘debasement’ of highly-qualified Nigerians.

“It is just inexplicable to have some of our citizens being captured under this devilish and wicked system of employment, and you see them working for years without any future for them.

“This casualisation is just a system of keeping some people as slaves. Let this bill be supported and let us pass it into law and stop the enslavement of our younger generation,” he said.

Senator Uche Ekwunife (Anambra Central – PDP) said casualisation of employment has diminished the standard of service in the country’s workforce.

She said there must be a legal process for employing people in public and private establishments to prevent the abuse of dignity of Nigerians.

Senator Biodun Olujimi (Ekiti South – PDP) also noted that the practice lowers the self-esteem of Nigerian workers, and that a legal framework must be implemented to prevent a deflated workforce.

She cited the example of her son who was trained in a foreign university but returned to the country for a career, only to start with a job that was paying him N40,000 a month.

The lawmaker argued that it’s better for establishments to employ few people that can be paid properly, than employ a lot that they’ll pay miserably.

“If you must take workers, take the number you can on proper emolument,” she said.

The lawmaker also blamed the government for not doing enough to provide jobs for Nigerian graduates, leaving room for employers to take advantage of them.

While a majority of lawmakers that contributed to the deliberation of the bill supported it in its entirety, some warned about its potential impact, especially in the private sector.

Senator Tokunbo Abiru (Lagos East – APC) said employers in the private sector seek efficiency in business especially since they already have to provide for a lot of structure meant to be shouldered by the government.

He said the issue around contract servicing is already well-defined in the private sector, and that the bill could have terrible consequences for Nigerian workers and the unemployed.

“If we go this route, part of what we’ll find is we’ll increase the unemployment rate because what the private sector will do is the normal job for a man today can be increased for three or four people,” he warned.

Senator Ajibola Basiru (Osun Central – APC), and Senator Sani Musa (Niger East – APC) also reinforced some of the concerns raised by Abiru, and advised that the bill be reviewed to address them.

The bill was unanimously passed for a second reading when Senate President, Ahmad Lawan (Yobe North – APC), put it up to a voice vote.

The bill, first read in March 2020, was referred to the Committee on Employment, Labour and Productivity, with a mandate to report back within four weeks.