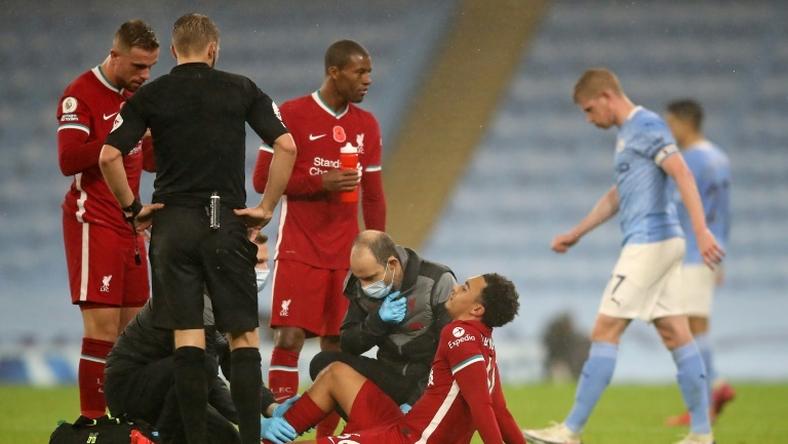 Klopp was infuriated that Liverpool were chosen for Saturday’s lunchtime kick-off in a 1-1 draw at Brighton just over 60 hours after they faced Atalanta in Europe on Wednesday night.

“After Wednesday, Saturday at 12:30 is really dangerous for the players,” said Klopp, who also sarcastically congratulated a BT Sport interviewer for Milner’s hamstring injury in the second half.

However, he is not alone and has formed an unlikely alliance with Manchester United and Manchester City, who have also faced early Saturday kick-offs after Wednesday night games in the Champions League this season.

United manager Ole Gunnar Solskjaer said his side had been “set up to fail” when they won at Everton after returning from a trip to Turkey barely 48 hours before they travelled to Goodison Park.

City boss Pep Guardiola has also been a strong advocate of allowing managers the chance to make five substitutions.

“All around the world there is five substitutions. Here we believe we are a special league with just three players, we don’t protect the players,” said Guardiola after his side’s 1-1 draw with Liverpool earlier this month that characterised the problems of a condensed calendar.

Both sides chased the game in an enthralling first 45 minutes before settling for a point as fatigue set in after the break.

“We’ve reached a point where you start to think that with so many matches and so many injuries, the spectacle is not the same,” said Real Madrid boss Zinedine Zidane last week.

Despite losing a month of the season due to a late start to the campaign caused by the three-month coronavirus shutdown last season, barely any sacrifices have been made in English football to ease the strain on players.

Both domestic cup competitions have been retained alongside a full 38-game Premier League season, European football commitments and two international breaks with an extra game for European nations.

Guardiola has repeatedly argued that the gruelling winter schedule in England when other major leagues take a mid-season break comes at the expense of better quality matches for fans to enjoy.

And he believes that is only exacerbated in a season so far without fans inside the ground.

“The problem is today the players lose the joy of playing football. Before it was nice playing football once or twice a week with spectators, now it is in three days another one.”

Two previous votes have failed to garner the 14 votes needed from the 20 Premier League clubs to change the rules over fears from those with less resources that such a change only benefits the bigger clubs with deeper squads.

“I’ve got incredible respect for these top managers because they produce top results and win things,” said Wilder, whose side sit bottom of the table with just one point from 10 games.

“But they’re selfish, they look after their own clubs. They’re going to be bothered about Liverpool, Man City and Chelsea, which I understand and respect. I would be the same, but I’m bothered about Sheffield United and it doesn’t help us to have five subs.”

Yet, the evidence across Europe shows the continent’s biggest clubs are struggling to match their usual levels of dominance even with five subs.

Real Madrid and Barcelona find themselves well off the pace in La Liga having already lost three times each. Paris Saint-Germain have also lost three of their opening 12 matches in Ligue 1, while Juventus sit fourth in Serie A, behind Sassuolo, as they go for a 10th consecutive title.

Klopp may not be getting much sympathy from those fighting just to remain in the Premier League.

But the cost of cramming so much football into a shortened calendar threatens not only player welfare, but the enjoyment for fans watching a watered down product.