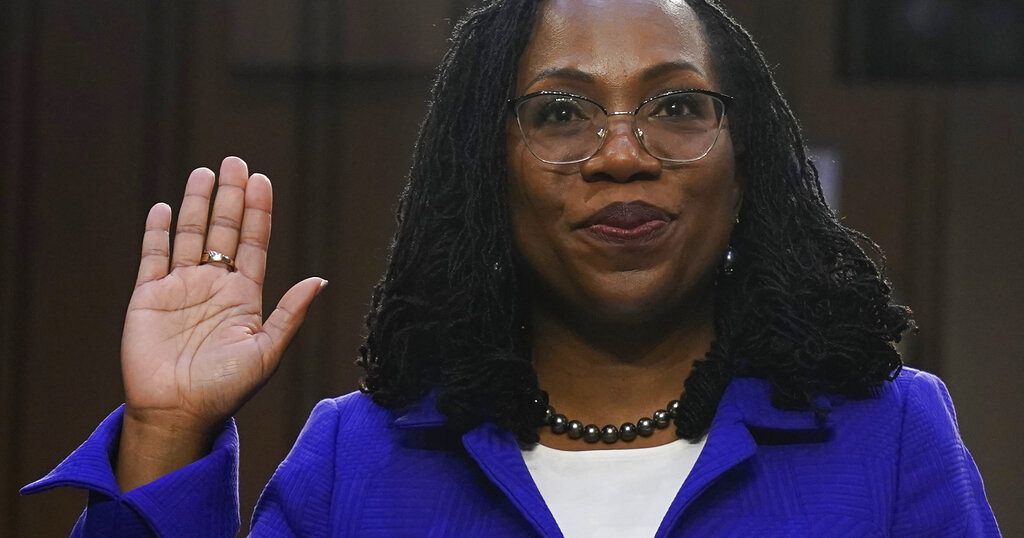 US Supreme Court nominee Ketanji Brown Jackson vowed to uphold democracy on the first day of her confirmation hearings, in Washington on Monday.

US Supreme Court nominee Ketanji Brown Jackson vowed Monday to defend the “grand experiment of American democracy” as she launched a historic bid to be the first Black woman on the nation’s highest judicial bench.

The federal judge who may become the first Black female justice was formerly introduced to the 22 senators on the judiciary commitee on Monday.

“Members of this committee, if I am confirmed, I commit to you that I will work productively to support and defend the Constitution (…) I have been a judge for nearly a decade now and I take that responsibility and my duty to be independent very seriously“, she said.

President Biden’s pick has a decade of experience on lower courts. Jackson previously served as a law clerk Stephen Breyer, the retiring justice she is set to replace.

As the final word on all civil and criminal legal disputes, the Supreme Court seeks to ensure equal justice under the law. At the moment 3 justices picked by a democratic president sit on the Supreme court. A nomination of Jackson would not change the balance.

Jackson’s nomination is being conducted by a 50-50 chamber controlled by Democrats.

No red flags have been raised about Jackson’s record that would imperil her prospects, and Republicans have pledged to avoid the kind of “character assassination” they argue Democrats staged before the confirmation of Justice Brett Kavanaugh in 2018.

But conservatives have been signaling that they intend to go after her record as a public defender and raise rulings they say were too lenient in a bid to frame Biden — via his nominee — as soft on crime ahead of November’s midterm elections.

In a marked contrast to the solemn atmosphere inside the hearing, supporters of Jackson staged a jubilant rally outside the nearby Supreme Court, wearing T-shirts emblazoned with the judge’s image and waving placards.

The committee is meeting through Thursday to consider her nomination. Democratic leaders plan a final Senate vote next April.