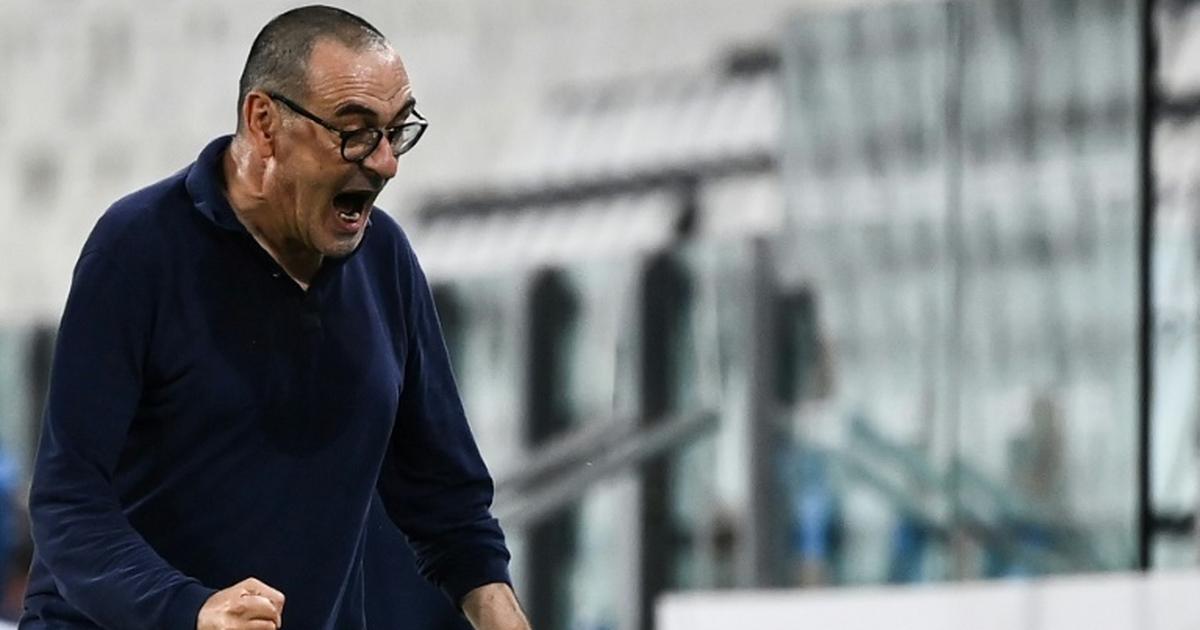 The champions fell to a shock 2-1 defeat at struggling Udinese on Thursday to miss out on wrapping up the title with three games to play.

“We must be combative and not lose our heads, because going close counts for nothing. In all the games we want to bring home points even if we have until August 2 to do it,” said Sarri.

Juventus’s final three games are against Sampdoria, Cagliari and Roma.

The former Chelsea and Napoli boss blamed physical and mental fatigue as his side conceded two second-half goals in Udine, including the decisive blow in stoppage time.

“In Udine we made a mistake in our desire to attack,” said the 61-year-old.

“It is an atypical moment, it never happened to play the season in July.

“This is the most difficult season in the history of Italian football, with enormous difficulties for everyone.”

Sarri remains wary of Claudio Ranieri’s 14th-placed Sampdoria who are coming off a 2-1 derby defeat to city rivals Genoa.

“Sampdoria are not an easy team to face. They are organised, I think that they will be motivated as they just lost a derby.

“But the most important motivations tomorrow will be ours.”

Juventus will be without Douglas Costa, who has a thigh injury, but defender Leonardo Bonucci returns after his one-match ban, with Gonzalo Higuain and Mattia De Sciglio also back training again.

Miralem Pjanic has been struggling for fitness but should be available, said Sarri, adding the Bosnian midfielder’s absence had nothing to do with his departure for Barcelona.

“I have no doubts about his professionalism and morality,” said the Juventus coach.

“The Champions League is a fascinating event, but the championship is the most indicative competition for evaluating the work of a team, and right now we’re only thinking about Serie A.”