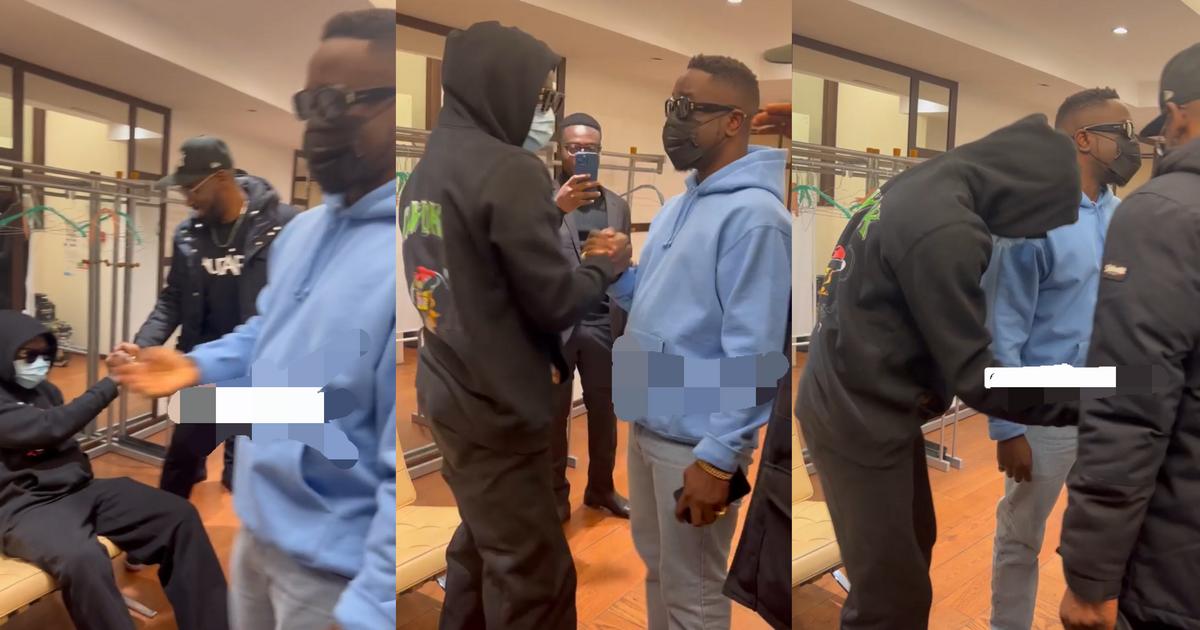 Since then, the two acts who have been good friends developed a sour relationship. According to Stonebwoy, he was disappointed in Sarkodie for reporting him to the police. In the video below, he confirmed that he hasn’t been in good terms with Sarkodie.

The ‘Highest’ rapper also confirmed the incident broke his friendship with Stonebwoy who also happens to be his High School mate. He told Andy Dosty that he doesn’t speak to the Bhim President again.

“ If there’s a time where we will meet up to have a conversation, I think it’s going to happen organically [naturally]. Honestly, I don’t keep up with him,” he said in the video below.

Finally, the two acts have met each other publicly for the first time ever since the incident. The rapper and the dancehall act met in France where there both preparing to headline a concert dubbed “Accra In Paris”.

In a video seen by pulse.com.gh, Sarkodie walked into a room where Stonebwoy was sitting with others. The rapper walked to him, shook his hands and move to exchange pleasantries with others around.

Both acts wore dark sunglass and nose masks, hence, it has been unclear if they said anything to each other. Watch the video below.

The two acts also granted an interview at a media in Paris for the concert scheduled to happen this Saturday.