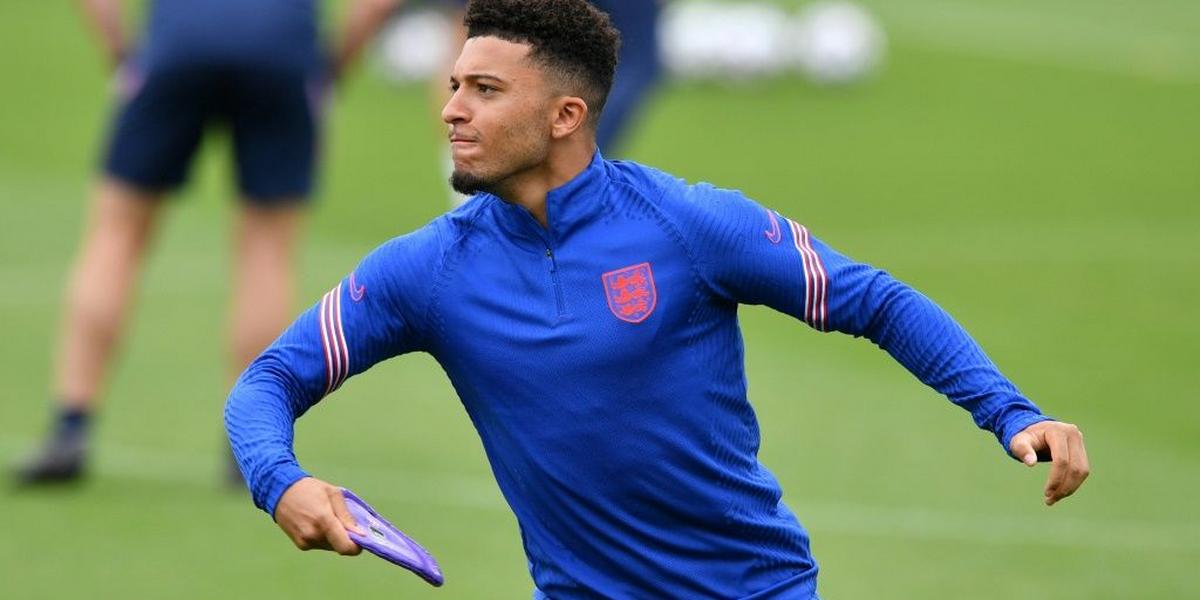 Regarded as one of Europe’s brightest young stars, Sancho is expected to make a blockbuster move from Borussia Dortmund to Manchester United before the start of next season.

But that pedigree is yet to convince England manager Gareth Southgate to turn Sancho loose at the European Championship.

The 21-year-old has played just six minutes in the tournament so far, with that brief substitute appearance coming in England’s final Group D game against the Czech Republic.

Sancho has found himself behind Phil Foden, Raheem Sterling, Jack Grealish and Marcus Rashford in Southgate’s pecking order for the wide forward roles either side of captain Harry Kane.

But, although unbeaten England advanced to the last 16 as group winners, they are yet to catch fire up front.

Sterling has scored England’s only two goals so far, leading to questions about Southgate’s decision to leave Sancho languishing on the bench for long periods.

Having been given a brief cameo against the Czechs, Sancho is desperate for a prolonged piece of the action against Germany.

“It was definitely special to get my first minutes in the game,” Sancho told the official England podcast.

“It’s something that I will never forget and definitely, hopefully I can get more minutes in games to come and just take my time when I get my chance to play. I’ll show everyone what I can do.”

Sancho is unlikely to be in Germany much longer as talks between Dortmund and United progress over a £77 million ($106 million) switch to Old Trafford.

But he could prove a valuable asset for Southgate on Tuesday as his time in the Bundesliga has given him insight into the strengths and weaknesses of Joachim Loew’s squad.

The Londoner left Manchester City to join Dortmund in 2017 and has emerged as one of the German club’s star men with 50 goals and 64 assists in 137 appearances.

“I know quite a lot of the players in Germany. I play against them week in, week out,” Sancho said.

“It’s definitely interesting seeing them with their national team so hopefully, again, if I play then I would know the ins and outs of what players can do.”

Asked if Bundesliga knowledge would be an advantage for himself and Dortmund and England team-mate Jude Bellingham, Sancho said: “For me and Jude definitely because we know what players can do and can’t do and their specialities. Yeah, it’s definitely a boost.”