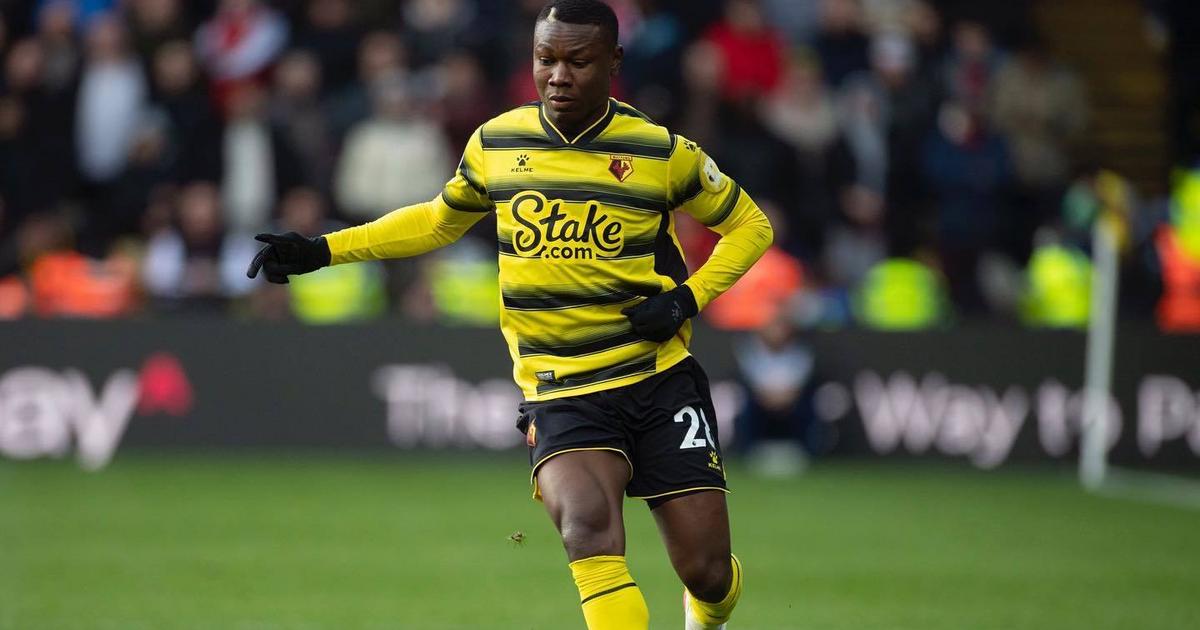 Since he arrived, Kalu has been training with the first team but was unable to get playing time in crucial games.

On Sunday, March 6, 2022, Kalu made his debut for Watford in a Premier League fixture against Arsenal at Vicarage Road.

The Nigerian was named on the bench by Watford boss Roy Hodgson.

With the game at 2-3, Hodgson introduced Kalu in place of Tom Cleverley in the 89th minute.

Despite his late introduction, Kalu almost got on the scoresheet to equalize for Watford when he breezed past Cedric Soares, cut into the box, and went for goal.

His powerful shot was straight down the middle as Arsenal goalkeeper Aaron Ramsdale pushed it away.

After making his first appearance for the club, Kalu took to his official Instagram account to state that he is happy to have made his debut.

Along with a photo from the game was a message that said, “I’m happy to make my debut today, it’s not the result we want but we will keep on working very hard.”

Kalu will aim to get more playing time when Watford continues their struggle to avoid relegation in a Premier League fixture against Wolverhampton Wanderers scheduled for Thursday, March 10, 2022.