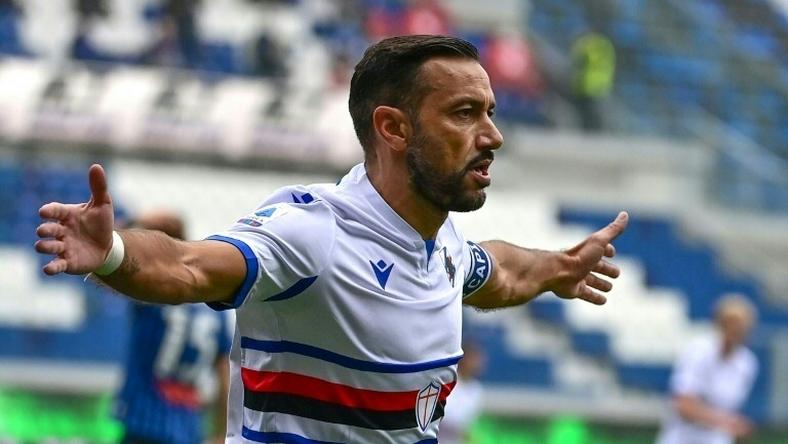 Juventus coach Andrea Pirlo was reported to have been looking to sign his 37-year-old former teammate to bolster the Italian champions’ forward line in January.

But Quagliarella, leading scorer for Claudio Ranieri’s side this season with seven goals, took to Instagram to stamp out speculation.

“If you have given so much and received even more, if every time you feel the emotion beating in your chest, it means that the bonds are stronger than anything, that they go beyond flattering courtships, that put aside current reports and respect history,” he wrote.

“I think, live and play like this. Forza Samp.”

Quagliarella won three Serie A titles playing alongside Pirlo at Juve between 2010 and 2014, before moving to city rivals Torino and then to Sampdoria in 2016.

The Italian international has played over 200 times for the Genoa club, and was the Serie A top scorer in the 2018-2019 season with 26 goals.