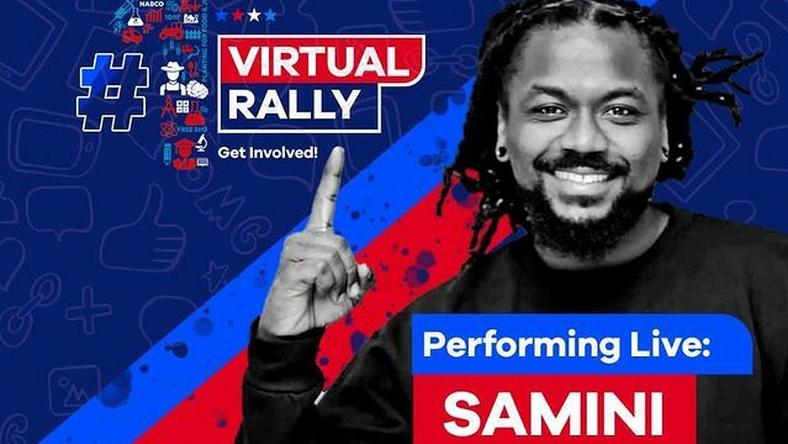 The High-Grade Family record label owner is officially a member of the NPP, so to speak, and as such, he is charged to storm campaign platforms to cheer his party on.

He shared the artwork for the virtual rally on his Instagram page, with the caption: “#virtualrally 22/11/20 #1 #4moretodomoreforyou… it’s time to exercise your franchise come December 7th folks. let’s go make mama Ghana proud once again. Your vote is all you got and that’s all you need.”

Last week, Samini explained why he joined the NPP in a tweet, saying: “To continue the good leadership bro. In my humble singular opinion sir… we may share similar opinions or agree to disagree but that’s what makes democracy beautiful . Make a choice and see you on 7th December bro.”

In a separate tweet, he indirectly announced his political career, saying: “As an almost 40 year old musician with possible political ambitions I think I can start from somewhere bro. How about MP or something someday? or you say I no go fit ? Lol don’t do that bro. Democracy is meant to me freedom..”

He continued: “Thanks my brother I’ll make sure I put Ghana first. I come from one of the most deprived areas in this country and a chance to do something in politics to benefit my people and eventually better their lives will be an amazing opportunity. My decision is beyond party colours bro.”