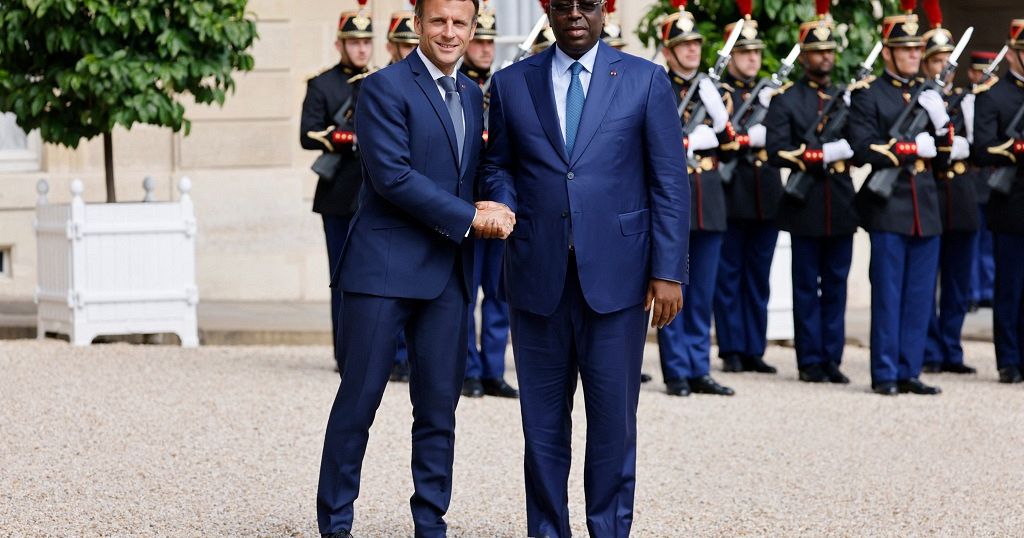 Senegalese President Macky Sall, current chairman of the African Union met with Emmanuel Macron in France on Friday, where he intended to ask him to lift European sanctions against Russia, in particular the exclusion of Russian banks from the Swift system, a key cog in international money transfers, he said.

The two leaders shared concerns in Paris on Friday about the actions of the Russian private military company Wagner in Mali, including its “crimes” against “certain communities” such as the Fulani, according to the Elysée Palace.

During an interview at the Elysee Palace, the French president insisted on the need to maintain “pressure” on the junta in power in Bamako. Because “the more time passes, the more it eliminates its opponents and the more it settles into the relative comfort that comes with the protection that Wagner provides,” the presidency explained.

The Malian army and Russian paramilitaries have been accused of carrying out a massacre of civilians in the town of Moura where, according to the NGO Human Rights Watch, some 300 civilians were executed at the end of March.

In February, France, which has very difficult relations with the junta, announced that it was reducing its military presence in Mali after a nearly 10-year-long operation to fight the jihadists.

Russian Foreign Minister Sergei Lavrov accused Paris of having a “colonial mentality” toward Mali and claimed that Wagner was present in the country on a “commercial basis.