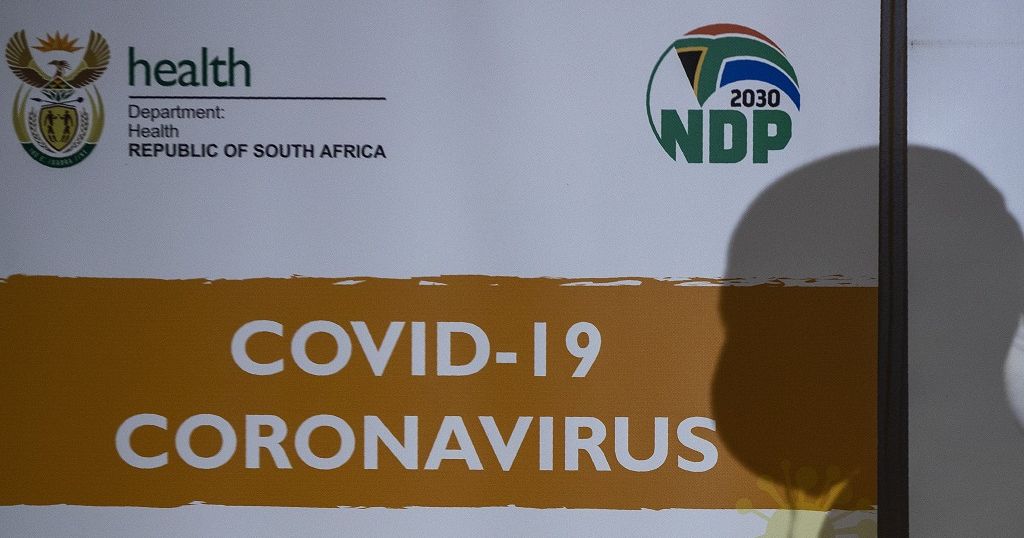 South Africa has become a COVID-19 model for the continent in many ways since it confirmed its index case on 5th March, 2020. From the area of testing through to record number of recoveries, South Africa has been praised for pro-activeness in combating the virus.

The economic intervention measures rolled out by President Cyril Ramaphosa has also been classed as one of the most comprehensive across the continent. South Africa was one of the earliest to roll out such measures.

That President Ramaphosa is also the current Chairperson of the African Union, AU; means he has the delicate task of juggling national tasks withe the continental as Africa seeks global support to combat the pandemic.

Key statistics as at July 7

South Africa is Africa’s most impacted nation by a mile even as government continues to reopen the economy and schools across the country. As of Monday July 1, coronavirus cases in the country had crossed the 200,000 mark. The figure represents over 41.7% of Africa’s total caseload which stood at 492,805 cases as at July 7, 2020 at 10:00 GMT according to John Hopkins University tallies.

According to Health Minister Zweli Mkhize, four provinces – Gauteng, Western Cape, Eastern Cape and KwaZulu-Natal – which were at risk of a surge could be locked down to better control spread.

The country has consistently recorded thousands of new cases daily. Government has defended a strict lockdown stating that it was key to spread of the virus.

South Africa has also run over 1.8 million tests, the only African country to reach that figure. The death toll has passed 3,000 with over 97,000 recoveries. Concerns have been raised about the health system – one of Africa’s most developed, being overwhelmed by cases.

The closest country in terms of cases is Egypt with over 76,000 cases whiles Nigeria is going towards the 30,000 mark. Ghana breached 20,000 recently whiles Algeria with 16,000 plus cases completes the top five.

South Africa, Africa’s most industrialized nation is also involved in the human trials for a Covid-19 vaccine developed by Oxford University.

#COVID19 UPDATE: A total of 33,950 #COVID19 tests were conducted in the last 24 hours. There are 8975 new cases of #COVID19. Regrettably, we report 111 more #COVID19 related deaths bringing the total number of deaths to 3310. We send our deepest condolences. pic.twitter.com/F8odirwAZ4

Researchers in South Africa say the first COVID-19 vaccine trial on the African continent is set to get underway on Wednesday.

The University of the Witwatersrand says the vaccine developed by University of Oxford researchers is already being evaluated in a large trial in the UK and a similar trial is beginning in Brazil.

The announcement came hours after South Africa reported that total coronavirus cases in the country surpassed 100,000 as of Tuesday. South Africa accounts for almost one-third of the infections on the African continent.

The South Africa vaccine trial aims to enroll 2,000 participants. The first are to get vaccinated this week in Gauteng province, home of economic hub Johannesburg and the capital, Pretoria.

Others will be vaccinated in the hot spot of Western Cape province. Shabir Madhi, who leads the trial, said it begins as South Africa enters winter and the flu season and as pressure increases on hospitals.

Key statistics as at June 22

May 12: US donates ventilators

The U.S. government is donating “up to 1,000” ventilators to South Africa to help the country respond to COVID-19 as the Trump administration addresses criticism that it hasn’t done enough for countries in need.

“South Africa is the first country in the world to receive this state-of-the-art equipment” from the National Security Council and USAID, the U.S. Embassy said in a tweet. Last week, however, Mexico said it received a U.S. shipment of 211 ventilators as part of aid promised by President Donald Trump.

The U.S. soon will make similar donations to countries around the world, according to embassy officials. South Africa has the most confirmed coronavirus cases in Africa with more than 11,300, including more than 200 deaths. Virus cases across the 54-nation continent are now above 66,000.

For weeks, U.S. officials have indicated that the virus crisis at home has delayed the shipment of crucial medical equipment to other countries.

But in recent days the Trump administration has been making plans to ship some 8,000 of the breathing machines to foreign countries by the end of July. The White House has not said how many have been shipped, and it’s unclear if some nations would pay for the ventilators, which cost $5,000 to $30,000, depending on the model.

Trump has spoken with the leaders of South Africa, Ethiopia, Nigeria and Kenya in recent days about the pandemic. “Nigeria just called. We’re giving them 250 ventilators,” Trump said last week. In a tweet, he said Ethiopia also had asked for the machines.

Africa has some of the world’s weakest health systems, and experts have warned they would be rapidly overwhelmed by the virus. African countries have joined forces with each other and the private sector to compete with richer countries around the world for scarce medical equipment, including badly needed testing kits.

Some African nations also are turning to manufacturing needed equipment themselves, a development that could help speed up industrialization of a continent that has long imported much of its medicines and other health items from abroad.

The U.S.-produced ventilators donated to South Africa are valued at $14 million, and with accessories, service plans and shipping the total donation is worth $20 million, the U.S. Embassy said in a statement Tuesday.

The donation brings the total U.S. government financial support to South Africa’s COVID-19 response to more than $41 million, according to the statement.

Health Minister Zweli Mkhize confirmed on Wednesday that two health workers had succumbed to COVID-19 in the line of duty. He said over 500 of them had tested positive for the virus whiles 149 have so far recovered.

He posted a series of tweets after receiving a donation of Personal Protection Equipment at a hospital in Rustenburg.

“We have a total of 511 health workers who have tested positive. 26 of them are hospitalized & we have lost 2 of them, a doctor and a nurse. 149 health workers have recovered. The contribution of the protective gear is therefore very important.

“We have seen the numbers increasing. We said that many of us will get the infection. Our role has been to slow down the rate at which the infection gets to us.

“I pay tribute to al our health workers. They have done a great job. We bow our heads and salute you. We appreciate all the work you are doing. Both public and private health workers are one,” he added.

Nearly 10,000 people were tested in South Africa in the past day (as of April 24) – the biggest daily test number since the virus hit the country.

With the record 9,796 tests, a total of 318 new cases, another record, was recorded according to NICD tallies and a post by health minister Zweli Mkhize.

The tallies show that about 3% of latest tests were positive – similar to previous days. Case count has neared 4,000 stretching South Africa’s lead over Egypt as the continent’s most impacted.

The minister stressed that despite concern with the increased cases, it is a testament to the efficacy of intensified community screening and testing. he said these drastic measures were key for epidemiologists to better understand the impact of the outbreak as it unfolds.

Meanwhile, president Ramaphosa has had a busy last 24 hours with a phone call with President Donald Trump during which the American leader pledged support for South Africa in the fight against the virus.

As of Friday he continued virtual meetings with other world leaders. The presidency reported that he partook in the launch of the Global Collaboration to accelerate the development, production and equitable access to new COVID19 tools, an initiative of the World Health Organisation.

The president on Thursday evening became the target of social media trolls after he had a hard time with his mask as he arrived to address the media.

Social media continues to mock the president with variations and fun perspectives to the incident. #MaskOnChallenge and #CyrilMaskChallenge have been trending on Twitter.

“For those who are laughing at me, I’m going to open a TV channel where I’m going to teach people how to put on a mask,” Mr Ramapahosa joked with journalists during a visit to a quarantine facility in Johannesburg on Friday.

[WATCH]: President Cyril Ramaphosa shared a lighter moment with journalists at Charlotte Maxeke Hospital, where he poked fun at himself putting on a mask, jokingly saying he would start his own TV channel to show people how to put on a mask.#CyrilFridays #CyrilMaskChallenge pic.twitter.com/2FyEc3NCMW

Finance Minister Tito Mboweni has provided more details on the second set of measures that are aimed at assisting individuals and businesses through the COVID-19 pandemic. President Ramaphosa earlier this week announced the $26 billion measure in an address.

“There is a critical need for government interventions to assist with job retention and support businesses that may be experiencing significant distress,” the National Treasury said in a statement on Thursday.

Last month, Mboweni announced the initial measures to assist tax compliant businesses with cash flow assistance and provide an incentive for businesses to retain their lower-income employees. The measures will help businesses focus on staying afloat and paying their employees and suppliers.

The measures are expected to provide around R70 billion in support, either through reductions in taxes otherwise payable or through deferrals of tax payments for tax compliant businesses.

A top World Health Organization official has hailed steps taken by South Africa to curb spread of the virus despite being the second most impacted country on the countinent – only behind Egypt as of April 23.

“The strategy in South Africa was based on preparations, primary prevention, lockdown and primary surveillance and 67 mobile units around the country, 28,000 community health workers trained in case detection.

“And I think with over 120 000 tests completed, with a 2.7 % positivity rate – which is incredible for that much testing for that return,” Ryan said.

The next sub-Saharan African country with huge test figures is Ghana, where authorities say over 60,000 tests have so far been conducted with 1,154 cases confirmed, the third most impacted in the region.

The Joint Standing Committee on Defence on Wesnesday announced that it was to deploy additional members of the South African National Defence Force (SANDF) to assist government’s intervention in the fight against COVID-19.

President Ramaphosa wrote to the committee on the employment of the SANDF. He had also informed Parliament regarding the reasons, place, number of soldiers, cost involved, as well as the period of employment.

Chairperson Cyril Xaba said the committee is satisfied by the reasons given and the necessity to employ an additional 73 180 soldiers in the fight against the spread of the COVID-19 virus.

“Of critical importance is the deployment of the South African Military Health Services and its capabilities, which is necessary to support the Department of Health, when considering the trajectory of infections expected, as per research by experts.

“Furthermore, the committee is satisfied with the reason that the initial 2 820 deployed was insufficient, considering the expected scale of the disease,” Xaba said. The deployment will come with huge financial implications, with the injection of R4.5 billion.