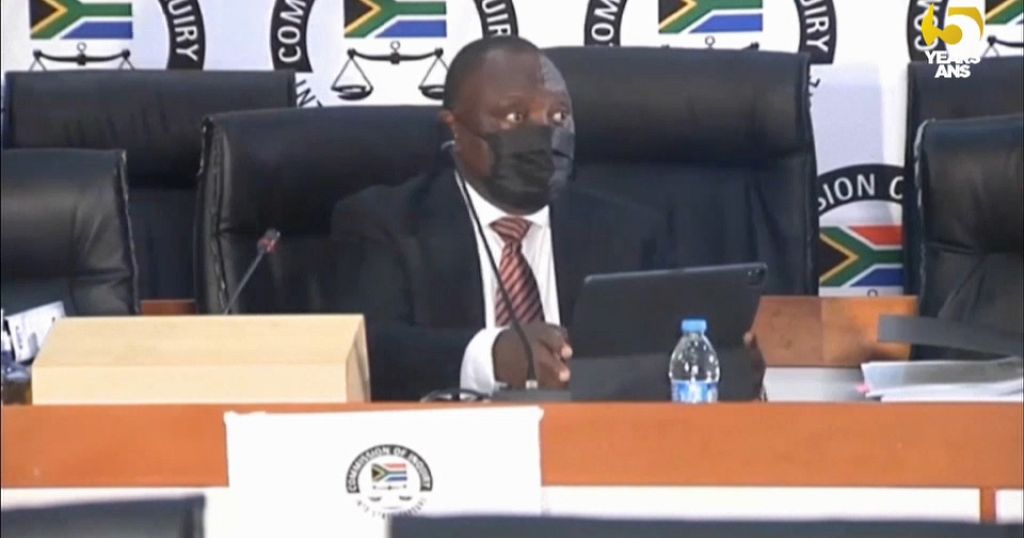 South Africa’s President Cyril Ramaphosa on Wednesday admitted that the country’s ruling party could have done more to halt state graft under his predecessor Jacob Zuma.

During a much-anticipated appearance before a judicial panel probing allegations of corruption and fraud under Zuma, Ramaphosa said graft had “eroded” constitutional values and “undermined the rule of law”.

“We all acknowledge that the organisation could and should have done more to prevent the abuse of power and the misappropriation of resources that defined the era of state capture,” Ramaphosa told the panel probing alleged state looting.

“The ANC does admit that it made mistakes… It had shortcomings in living up to the expectations of the people of South Africa in relation to enforcing accountability,” he said.

Ramaphosa, the first sitting president to testify in such a probe, appeared in his capacity as the current leader of the African National Congress (ANC).

Dozens of ministers and former ministers, elected officials, businessmen and senior civil servants have appeared before the commission.

At the centre of the scandal is the Gupta business family, who won lucrative contracts with state companies and were allegedly even able to choose cabinet ministers.

Ramaphosa admitted that the ANC had over the years become aware of malfeasance and patronage within the state and within its own ranks.

“State capture took place under our watch as the governing party,” he said.

“It involved some members and leaders of our organisation and it found fertile ground in the divisions, weaknesses and tendencies that have developed in our organisation since 1994,” Ramaphosa said, referring to the year of South Africa’s first post-apartheid elections.

Accused of enabling runaway graft, Zuma has testified before the panel only once, in 2019, before staging a walkout.

He has since repeatedly resisted testifying, alleging political interference.

Ramaphosa, who took over from the disgraced Zuma in 2018 and won election the following year, exhorted all party members to cooperate with the commission.

The president is expected to continue testifying on Thursday, then return to the probe in his capacity as head of state in May.