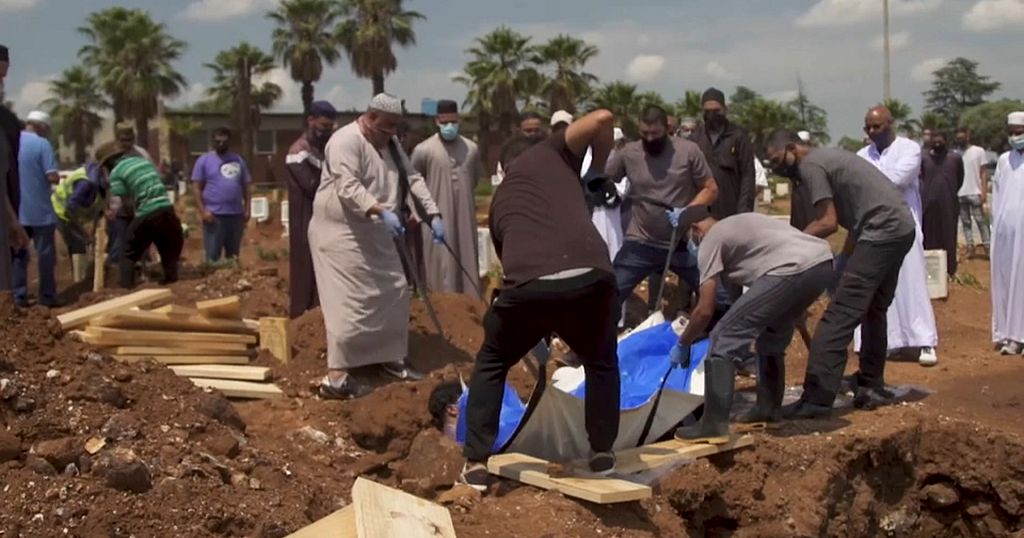 Directives on how to bury covid-19 victims is affecting Muslims in South Africa. That’s why a medical non-for profit organization, has stepped in to provide traditional burial rituals during the coronavirus pandemic. For over 30 years, the Saaberie Chishty Society has been assisting their community with medical emergencies. And with an increased number of deaths in their community, the society now helps with body preparation and burials.

“When we looked at the footage coming from overseas, where they were doing mass burials, when they were talking of mass burials, and we looked at it and we were concerned, that as Muslims we wouldn’t be able to fulfill the rights of our deceased, according to Islamic rites. So we created a separate facility for bathing and shrouding of the bodies. We make sure that our entire team is being trained up in personal protective equipment (PPE), how to use PPE, how to don and doff in PPE. So that now we’re preventing the infection with regards to this”, Aboobaker Sayed, Chairperson of Saaberie Chishty Society said.

Their ambulance provides first aid, among others. The ambulance service has also expanded to help those with mild symptoms of the virus in their homes. It has 70 oxygen concentrators and doctors who offer in-home care. Those seriously ill are then taken to the hospital.

“We’re having a patient suspected to be having COVID who are presenting with difficulty in breathing”, Michael Makhethe, a paramedic said.

Amid South Africa’s current resurgence, the society’s two ambulances attend to about 14 COVID-19 cases per day. That’s about double the number during its first surge.

South Africa, a nation of 60 million inhabitants, has recorded a total of 1.3 million cases of the virus, accounting for 41 percent of all cases in the 54 nations in Africa, a continent of 1.3 billion people.