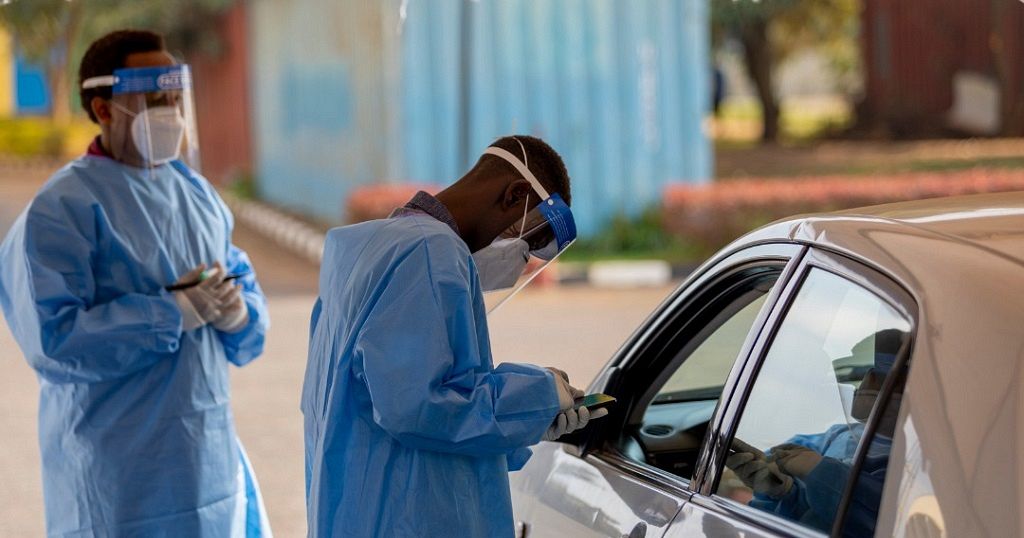 Rwanda has began implementing a random testing scheme on the streets of the capital Kigali. There is also a drive through testing scheme at the national stadium.

The Rwanda Biomedical Center, RBC; tweeted that the tests at the Kigali Amahoro National Stadium is expected to serve 5000 people in all districts of the city and at all its entry points.

Personnel suited in Personal Protective Equipment, PPEs; are seen administering tests to people at the drive through section and others seated in a social distanced queue. Authorities say timely results will be issued to participants.

Candidates are randomly selected and asked to consent to the testing. It is a 5-minute drive through, where car occupants are not required to vacate their vehicles.

“This operation will provide factual information about the COVID19 status in Kigali & will lead to tactical response activities. A request is made to all Kigali residents to cooperate with RBC teams for the sake of successful completion of this important activity,” RBC said in a tweet on Wednesday.

The #Covid19 drive through testing has just kicked off at the Kigali Amahoro National Stadium. 5000 people in the CityofKigali are expected to get tested in all districts of the City and at all its entry points. pic.twitter.com/TzRpCXwdJf

On the 25th of June, authorities in Rwanda introduced total lockdowns in parts of the capital Kigali citing surge in COVID-19 cases. The local government ministry said Kigali had recorded 21 cases in June as at the time.

The decision to reintroduce the lockdown to the areas was taken after consulting the health ministry, it said. Rwanda had reported a total of 850 cases and two deaths since the first person tested positive in March.

In a space of four days, the country has recorded over 150 cases taking the tally of confirmed cases as of yesterday (June 29) past the 1,000 mark according to the Ministry of Health tallies.

Incidentally as much as 101 new cases were recorded yesterday only out of some 2,498 tests carried out. The cumulative number of tests stands at 140,249.

The state-affiliated New Times portal reported that the ministry disclosed that of the new cases, 22 are from Kigali, three from Rusizi district, two from Rubavu district, one from Kayonza district and another one reported from Kirehe district.

“The remaining 72 new cases, as per the Ministry, were detected from a detention center in Ngoma district and they are linked to Rusumo cases.”

“After reassessment, transportation between provinces and the City of Kigali, as well as passenger motor services, will remain closed until further notice in the interest of public health.

“Further Covid-19 measures will be announced by Cabinet on Tuesday 2 June,” a tweet from the Rwandan Prime Minister’s office read.

The East African country looks to have reversed a June 1 plan to further ease coronavirus restrictions. The new move is linked to the country’s first recorded death from the virus and a spike in cases over the weekend.

Health minister told state broadcaster that the decision was because of the new cases reported in the western Rusizi district. On the last day of May 2020, Rwanda recorded 11 new cases on the same day the first casualty was buried in the outskirts of Kigali.

The victim was a 65-year-old Rwandan lorry driver who became sick while in Benako in Tanzania. He returned to Rwanda on 28 May in a critical condition, according to local media.

Intra-province travel, including in and out of capital Kigali, was supposed to resume today after over two months disruption. Reports say motorcycle taxi operators, estimated to number about 50,000, were also set to return to the roads.

Rwanda was among the first countries on the continent to impose a strict lockdown in the early days of the virus’ arrival. So far it has 370 confirmed cases, with 256 recoveries and one death, according to tallies from the John Hopkins University COVID-19 portal.