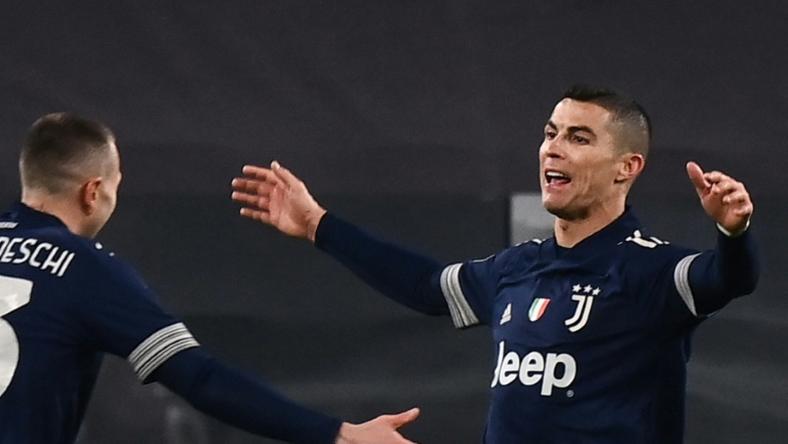 Champions Juventus also benefited from the stalemate, powering up to fourth with a 3-1 win over 10-man Sassuolo.

Juventus are just a point behind Roma after claiming a third consecutive win for the first time this season.

“It was important to give continuity and win tonight, because otherwise the match played on Wednesday at San Siro was useless,” said Juventus coach Andrea Pirlo whose side ended AC Milan’s 27-match unbeaten run midweek.

In Rome, Inter’s stalemate was a blow for Antonio Conte’s side whose eight-match winning streak ended against Sampdoria midweek.

Chasing a first Serie A title since 2010, Inter play Juventus in the San Siro next weekend in what could be one of the defining clashes of the season.

Lorenzo Pellegrini gave Roma the lead after a quarter of an hour in the Stadio Olimpico.

Inter fought back with Milan Skriniar heading in the equaliser 11 minutes after the break with Achraf Hakimi adding a second seven minutes later with a superb curling effort.

But with the clock ticking, Inter could not resist the Roman pressure with defender Mancini getting his head to a Gonzalo Villar cross four minutes from time.

“At the end of the match, sometimes there is a certain fear in the face of an important result which prompts you to drop off,” said Conte.

“We had the chance to kill off the game but couldn’t manage it.”

Roma could also rue their missed opportunities as they  play eighth-placed city rivals Lazio, who beat Parma 2-0, next weekend.

“We had 15-20 minutes in the second half which were fatal,” said Roma coach Paulo Fonseca.

In Turin, it was a bruising clash for the reigning champions, who are chasing their 10th title in a row, as they lost forward Paulo Dybala and Weston McKennie to injury in the first half.

Midfielder McKennie pulled up after 18 minutes with a muscle problem and was replaced by Welsh international Ramsey.

Dybala was substituted three minutes before the break for a knock to his left knee.

There was also a scare for forward Federico Chiesa, who was left screaming in pain and clutching his left ankle following a Pedro Obiang tackle which saw the Sassuolo midfielder see red before the break.

Defender Danilo put Juventus ahead in the 50th minute.

Ramsey gave Juventus the advantage again eight minutes from time when he tapped in a Gianluca Frabotta cross to claim his first goal of the campaign.

“It was a painful match, badly managed after our advantage, but the important thing was winning even if we were a little disorganised,” added Pirlo.

Sassuolo drop to seventh after their third loss in five games.

Napoli bounced backed from their shock midweek home to defeat to Spezia with a last-gasp 2-1 win at Udinese to sit sixth.

Kevin Lasagna pulled Udinese level in the 27th minute, with the hosts missing chances to kill off the game before Tiemoue Bakayoko headed in his late winner.

“The team is alive. We suffered, but we managed to recover what we had lost a few days ago,” said Napoli coach Gennaro Gattuso.