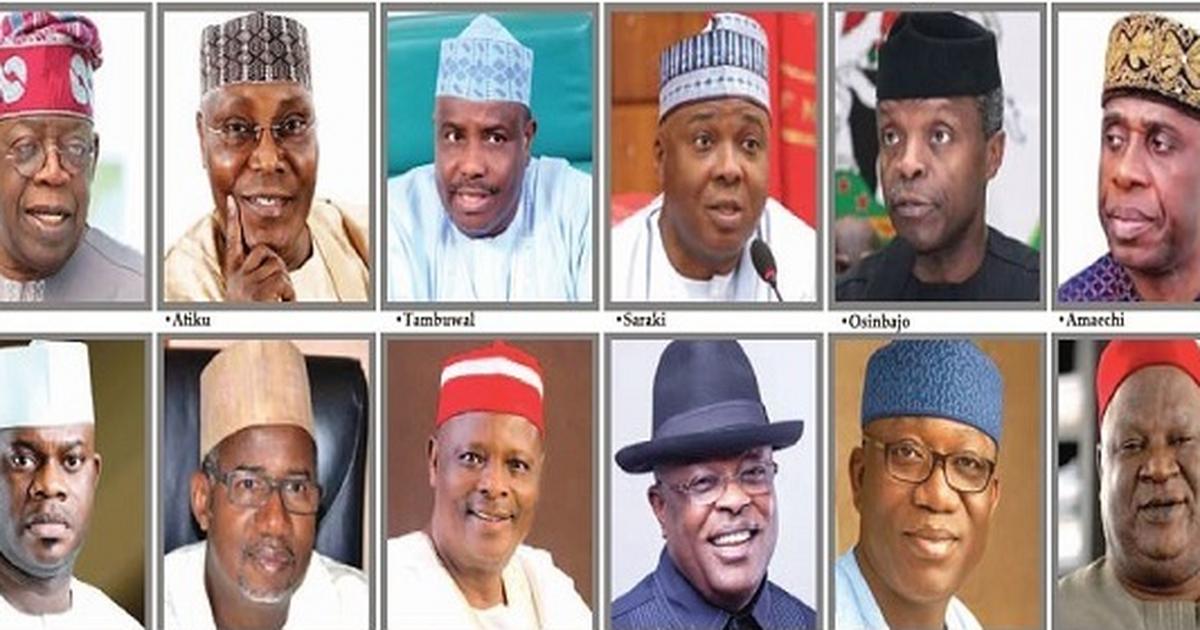 All the aspirants’ claim is to ‘save’ the country from being consumed by the many problems facing it.

While some of the presidential aspirants have been making political moves and dropping familiar rhetoric since last year to endear themselves to the people, others like Dimeji Bankole, former Speaker of the House of Representatives just obtained their party’s expression of interest and nomination forms to join the race.

The goal for all the aspirants is to emerge as the presidential candidates of their parties but some add a bit of drama and strategy to solidify their campaigns.

Here’s how the 2023 aspirants went about their presidential bids before they officially joined the race.

Testing the water with rumours

Some of the aspirants launched their ambition with rumours deliberately peddled on social media. This allows the aspirants to gauge people’s reactions to their presidential bids.

This also helps them to prepare the ground, create awareness and internalise their aspirations in the minds of the people before their official declarations.

The rumour is also designed to test the popularity of their candidacy and its effect on the political conversations regarding the 2023 presidential elections.

The Governor of the Central Bank of Nigeria, Godwin Emefiele used a combination of this strategy with other politricks to declare his ambition.

Emefiele’s presidential bids started with a rumour. The CBN governor initially denied the claim only to announce his interest 40 days later.

Nigerian politicians are fond of using pressure groups to put themselves in political conversations ahead of elections. This remains the oldest trick in their books and it works for them.

The idea of using pressure groups to advance the ambition of a politician and garner momentum for his/her aspiration is usually a ploy to push a narrative that the people genuinely call and want a certain politician to serve them.

Before he officially joined the presidential race, a lot of pressure groups were out calling for his presidency. Emefiele, Bola Tinubu, Atiku Abubakar and other aspirants used the same tricks to promote their candidacies.

Nigerian politicians have added social media to their propaganda tools. In recent times, different social platforms have been used by politicians to influence election outcomes.

In 2011, Facebook was heavily used for the election campaigns that brought in Goodluck Jonathan. Four years after, President Muhammadu Buhari took advantage of the youths’ political awareness on Twitter in 2015 to win the presidential election.

Apart from using social media platforms to comment on national issues, Nigerian politicians have mastered the art of using the platforms to play politics to their advantage.

Some of the 2023 aspirants do not only enjoy huge followings on Facebook and Twitter, but they also have influencers who advance their campaigns on the platforms.

While all the aspirants use Facebook and Twitter to win more hearts for their ambition, Vice President Yemi Osinbajo takes a step further to endear himself to Gen Z on Tiktok. The VP has more than 100k followers on the platform.

Good reputations are good for winning presidential elections in a country that ranks high on the corruption perception index every year.

President Buhari rose to power in 2015 because of his adjudged integrity and perceived aversion to corruption. The PR effort that spread Buhari’s integrity campaign endeared his candidacy to millions of Nigerians at a time the country was looking forward to a messiah that would fight corruption and save the country from the clutch of corrupt politicians.

The same plot is already playing out ahead of the 2023 elections, as image launderers are working to remind Nigerians how certain politicians had performed as governors and lawmakers in their states.

The goal is to build their 2023 campaigns around the perceived fine performances and achievements of the aspirants.

Nigeria is a heterogeneous country and to become a popular Presidential hopeful, it is important to consult power brokers and shake hands with political stakeholders across the country.

The likes of General Ibrahim Babangida, General Abdulsalami Abubakar, -Chief Olusegun Obasanjo, Pa Edwin Clark and leaders of socio-political groups like Afenifere, Ohanaeze Ndigbo, Arewa Consultative Forum, traditional leaders and others have been identified as power brokers in the country, and when politicians tell you they are consulting, these are the people they go to.

Some of the presidential hopefuls who have visited former presidents believe the endorsement of past political leaders could raise their chances in the grand scheme of things.