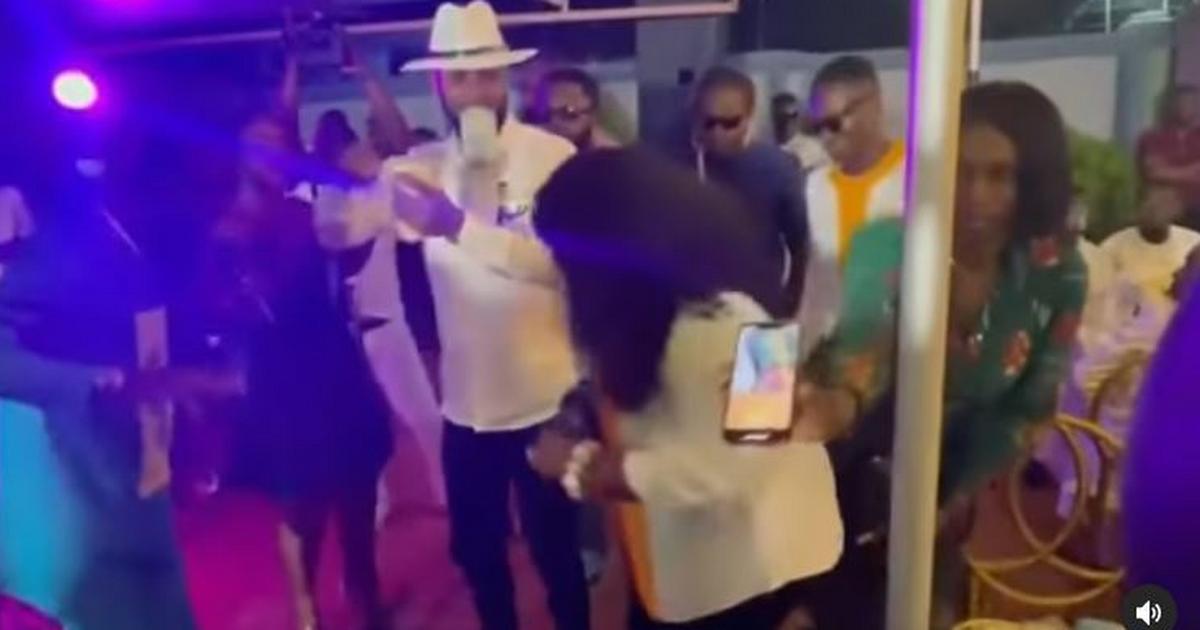 Even though highlife musician Akwaboah Jnr put on a marvellous live performance, Rev Obofour stole the show when he stormed the stage to shower money on his wife.

While spraying the cash, Rev Obofour further showed the romantic side of him when he removed his hat and fixed it on his wife’s head.

Just two weeks ago, Rev Obofour was enstooled as a Ga Sempe Mantse at Bortianor. The man of God is now addressed as Nii Adotey Gyata 1, his stool name.

According to the Bortianor traditional community, the decision to enstool Obofour as a chief is to appreciate his philanthropic activities and significant impact on the community.

The enstooling ceremony happened within two days for the traditional rites to be performed. On day one, Rev Obofour was picked up on Saturday evening by men from the Bortianor traditional council, and on Sunday, he was out doored at a mini-festival.

The wife of the affluent Ghanaian preacher was present at the ceremony which also her being dressed as Queen Mother of the Bortianor traditional community.