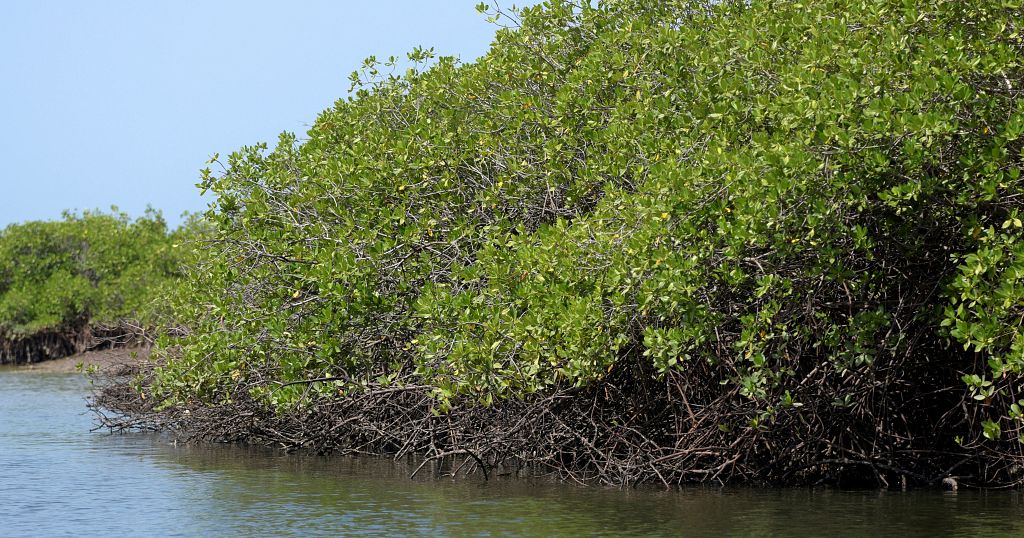 Thousands of hectares of restored Mangroves are changing the lives of local fishing communities in Senegal and helping them tackle climate change.

Africa has lost nearly 500,000 hectares of its mangroves due to drought, deforestation and construction in the last 25 years, according to the UN International Fund for Agricultural Development.

In Senegal, one local project is investing in mangrove reforestation and local communities to help preserve local villages and help them to tackle and adapt to the changing climate.

It’s a good start to the day for Mariane Ndong, she is hoping to bring home a good catch.

Mariane is an Oyster and Cockle Farmer who works in the Delta of Saloum, in the Fatick Region of Senegal.

She’s part of a group of women who take boats into the mangroves to use their nets to catch oysters.

Ten years ago the picture was very different, many of these mangroves had disappeared.

But Mariane says reforesting them has stopped their village from becoming completely flooded.

“When you reforest, you can see the mud in the mangrove. The mud reduces the force of the sea, it can no longer attack the village,” she says.

Senegal is among the worst affected countries in Africa by droughts.

Persistent droughts saw nearly 40% of its mangrove area lost since the 1970s.

A project funded by the UN International Fund for Agricultural Development (IFAD) has restored thousands of hectares of mangroves.

The mangroves not only cultivate wildlife and sea life like shell fish, but also act as a protective barrier between the land and the sea.

Their above-ground roots, mostly submerged in the water, produce food for small fish, crabs and shrimp and serve as a haven for breeding. Small-scale lagoon fishers have benefited from the ecosystem for generations.

Their roots can accumulate soil particles and build landmasses while also acting as a buffer against coastal erosion.

The trees absorb carbon dioxide more efficiently than other plants. Forests typically release carbon dioxide into the atmosphere as plant matter decomposes, but because mangrove habitat is much wetter, there is less oxygen activity, leaving more carbon in the soil.

Mariane owes her livelihood to the local project funded by IFAD, which made the huge mangrove reforestation in the region possible.

The extra income means that she can pay for her children’s education and clothing.

More than 50 thousand families in the region have benefited from mangrove reforestation, this also includes loans and training in how to add value to their produce.

Puri believes that mangroves are a natural barrier that could be a useful tool to fight the damage of rising seas from the coasts of Europe to Bangladesh and the Pacific Islands.

She calls them the “golden solution for coastal areas.”

This week’s report by the Intergovernmental Panel on Climate Change (IPCC) said that sea levels might rise as much as 2 meters by the end of the century.

IFAD intends to use this project to reforest more than 1,000 hectares of mangroves over the next few years.

In the week that the world has witnessed terrifying pictures of wildfires intensified by record temperatures in Greece, helping communities adapt and survive is more vital than ever.

Protecting this ecosystem not only provides a vital habitat for sea life, but for thousands of fishing communities like this one, the homes and livelihoods of people depend on it.