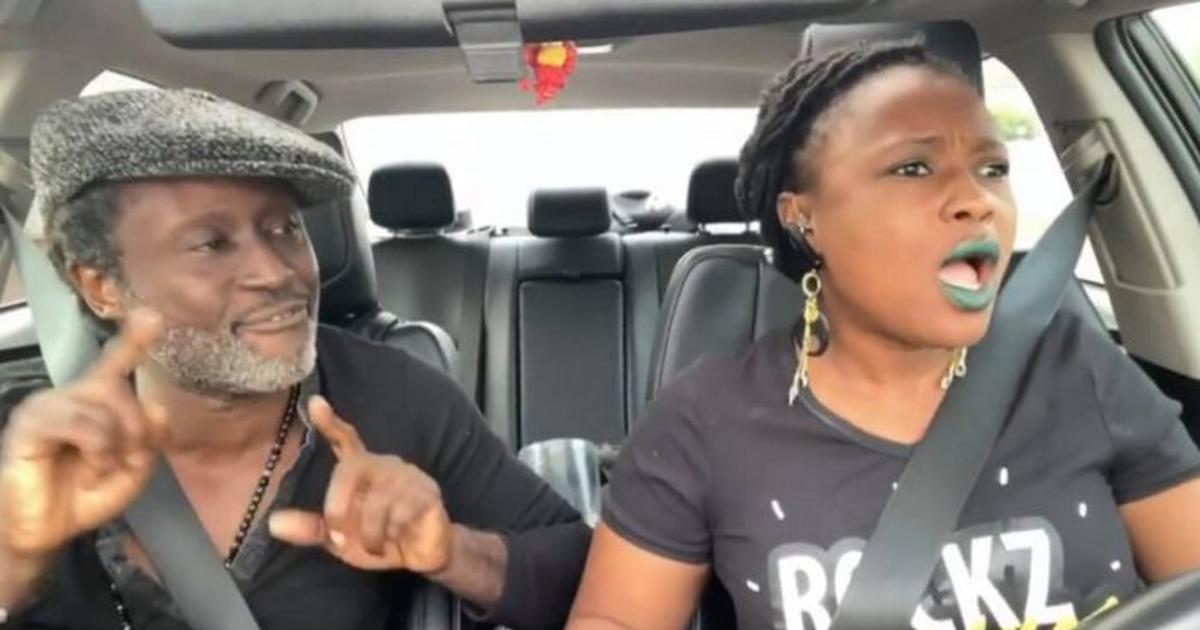 According to the Hip LIfe Grandpapa, a lady sent him the nude photos with the excuse that she is interested to feature in a rap music video as a vixen. The photos on his phone sparked a heated yet hilarious conversation among the couple in a video that is gaining attention online.

The rapper in his defence said upon query by his wife, Zilla, as to why the photos are still on his phone, said: “I am not trying to hide anything, a lot of married people don’t allow they spouses into their phones, Zilla you got access to my phone” and added that she is only jealous.

READ ALSO: 11 Ghanaian celebrities who got ‘day jobs’ that you probably don’t know about

His wife in reaction said, “you also have access to my phone” stating that she is only wondering why the pictures are still on his phone because she saw them 3 days ago. “For three days the pictures have been there, you should have deleted them by now,” she said.

Watch the video below for how the couple eventually settled it all.