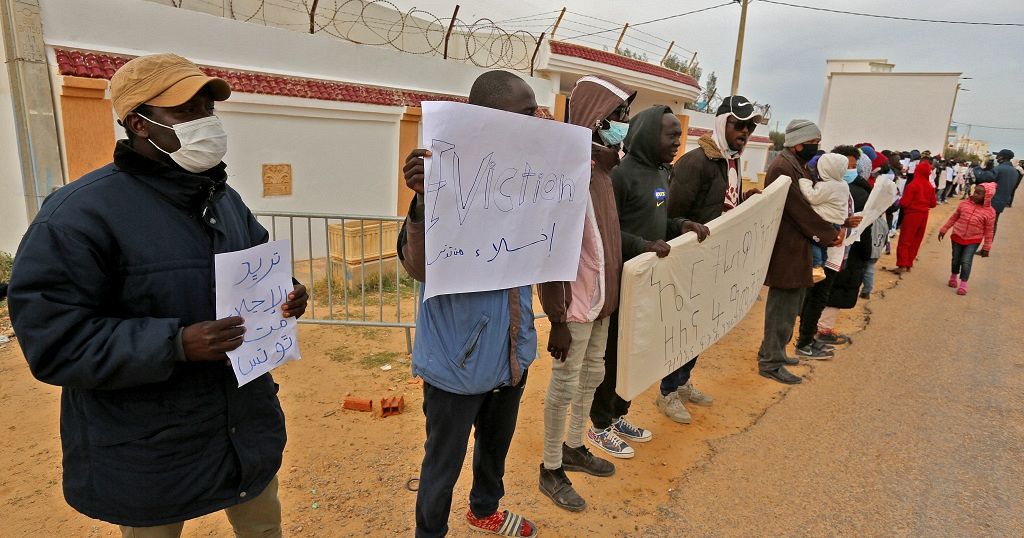 Sudan and sub-Saharan African refugees protested in Zarzis, on Monday. They complained about their “marginalization” and demanded their evacuation from the country.

Refugees, many of whom were rescued during attempts to cross the Mediterranean, held a sit-in in front of the headquarters of the UN refugee agency (UNHCR) in the Tunisian southern port town of Zarzis.

They stood still just as their lives was forced to be at a standstill. Mostly refugees from Sudan and sub-Saharan African countries, the dozens of protesters complained about “marginalization”.

Ahmed Abdallah Adam, a Sudanese refugee explained why he was present: “We don’t have a problem with the citizens nor with the Tunisian government. Our problem lies with the UNHCR, which has forced us refugees to stay here all this time, wasting years of our lives. There are refugees who have been in Tunisia for 5 or 7 years. The UNHCR completely marginalises us, abuses us, and behaves in an inhumane way.“

As they chanted and held placards, the demonstrators demanded “immediate evacuation” from Tunisia where some have experienced ill treatment. Many hoped to rely on the UNHR since they were granted a refugee status but they claim their cases are not correctly examined.

“The international community and human rights organisations are urged to take immediate action. Every refugee who wants to make reasonable and legitimate claims to the UNHCR should contact the Tunisian Refugee Council, their partner in the Tunisian government, which is retaliating against us by delaying (our files), moving us from one office to another, from the north of Tunisia to the south, so that we go back to Libya“, Ahmed Abdallah Adam added.

Both Tunisia and neighbouring Libya have served as launchpads for migrants making bids to reach Europe.

The Tunisian Forum for Economic and Social Rights says that over the first three quarters of last year, the coastguard intercepted 19,500 migrants attempting to cross the Mediterranean.

50 mins ago A. Doris Ehujuo