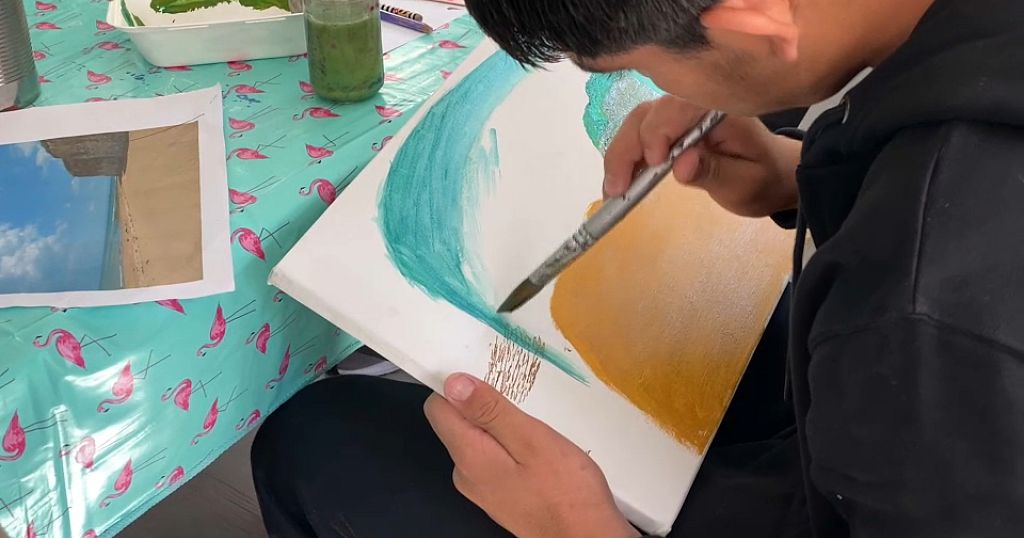 On the south coast of England, refugee children are learning how to live their new lives. They’ve come overland and oversea…alone; one of them just two weeks ago…with no parents or family.

Fleeing troubled countries, such as Syria, Eritrea and Afghanistan…they have witnessed things that nobody should.

“Usually what’s happened is that children were …… going to be forced to fight. Often we have young people from Afghanistan who were, who’d reached sort of 14 and they were told they were going to be recruited by the Taliban and the family did everything they could to get them to safety” Bridget Chapman of the Kent Refugee Action network said.

“I’m always amazed how they can overcome what has happened to them and appearing, you know, on the surface cheerful but there will be times where we’re having a chat” Chapman added

The volunteers at the Kitchen in Folkestore England learn the life skills they need to be independent. Cooking, cleaning, budgeting, how to have healthy relationships.

Hadi Oryakheil is one of them. At 21 now, he had come here from Afghanistan five years ago.

“Nobody leaves for fun, nobody takes a risk for fun to come to a different country. Everybody knows what’s going on in our country. I do have family here but I don’t know where. When I came here I lost them and I lost contact with them”. Hadi said.

“I’m enjoying my life, working in town, I don’t think a lot about these things but I’ll never foget, I’ll remember it forever”.

It’s estimated that one in 10 of the asylum seekers who cross the English channel in small boats, is an unaccompanied child.

Euronews correspondent Tadhg Enright reports that when they get to England, they’re taken in by authorities to process their applications…But their ordeal does not end there.

The British government has not provided enough suitable accommodation; and activists say that many children are being placed in hotels which have been closed and repurposed.

Putting children in bad hotels is not supposed to happen… and next month will be forbidden by law.

Madie Harris, founder of the Humans for Rights network has been documenting the situation in these accommodations for over a year now. Harris says the operators here are largely security guards. They run these accommodations with very little training or experience as to how to manage an accommodation that’s housing very vulnerable people, he explained.

The British government told Euronews that it’s determined to end the use of hotels as soon as possible, but campaigners fear it will continue. But for now, this is yet another chapter in these children’s dark stories.