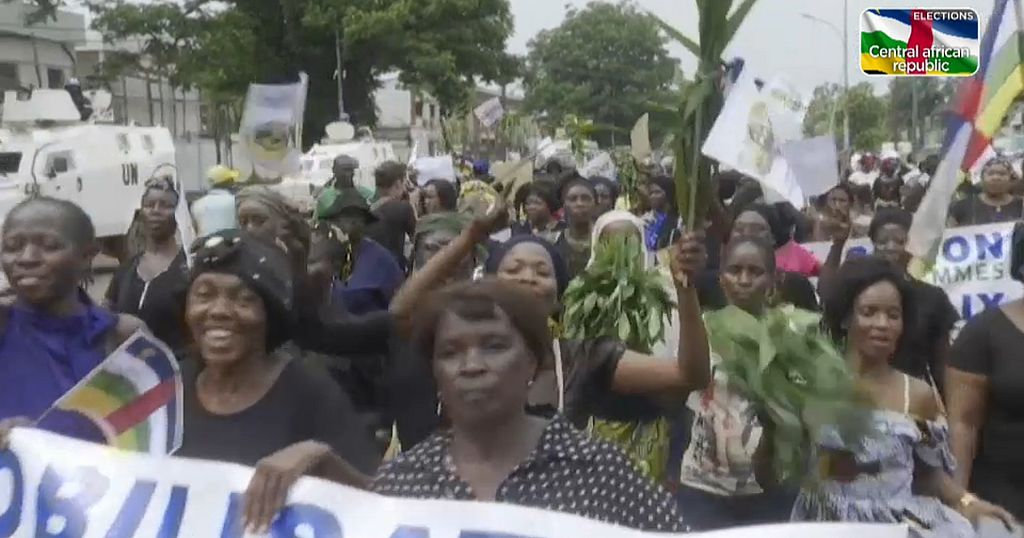 Hundreds of people marched in the capital of the Central African Republic on Friday to demand peace three days before the presidential election takes place.

Much of the CAR is controlled by armed groups and rebels that have launched an offensive to disrupt Sunday’s vote.

But on Friday, a rebel coalition that has been fighting the CAR government said it would observe a unilateral ceasefire in the run-up to the election.

The Coalition of Patriots for Change (CPC), which began an offensive against the government last Friday, said a “72-hour unilateral ceasefire… will be observed across the country by all patriots’ fighting troops.”

The CPC’s accuse President Faustin Archange Touadera, who is seeking a second term, of trying to fix the December 27 election.

The government accuses Bozize of plotting a coup with several militia groups. Bozize’s party has denied the accusation.

The election has been heated, with rebels seizing the town of Bambari on Tuesday, only for it to be later recaptured by the United Nations.

The CAR has been gripped by insecurity since Bozize was ousted in 2013 by mainly Muslim Seleka fighters.

The country, rich in diamonds, timber and gold, has been hit by five coups since independence from France in 1960.

The government and armed groups signed a peace deal in February 2019, but the country still has bouts of violence.

Militias hold sway over two-thirds of the territory, deriving income from mining and forced payments at roadblocks and on traders.

In the last seven years, thousands have died and nearly a quarter of the population of 4.7 million have fled their homes.