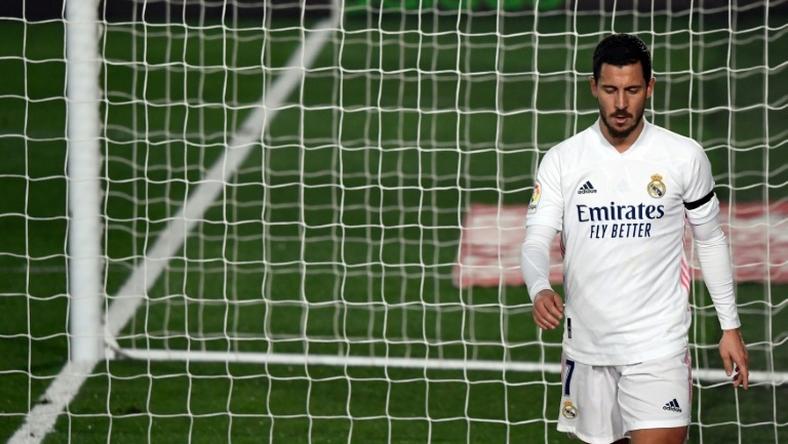 Hazard is expected to be out for around a month, meaning he would miss Madrid’s first leg away at Atalanta in the Champions League on February 24.

The Belgian is also likely to sit out the Madrid derby against La Liga leaders Atletico Madrid, scheduled for March 7.

“After the tests performed today on Eden Hazard by Real Madrid Medical Services, he has been diagnosed with a muscle injury in the left thigh,” the club confirmed.

Hazard’s latest set-back continues his nightmare 18 months in Spain, which has been ravaged by injury problems.

The 30-year-old was signed for 100 million euros from Chelsea in July 2019 but admitted he arrived overweight and missed the start of his first season with a thigh injury.

Hazard then broke a bone in his foot, for which he eventually underwent surgery last March but the injury continued to cause him problems through to the end of the campaign as Madrid won the La Liga title.

It was hoped a new season could offer Hazard a fresh start but he was out for most of September and October, as well as December, with muscle problems the club would not specify. He also missed one game in November after testing positive for Covid-19.

Hazard was supposed to help with Real Madrid’s goalscoring problems, a void created by the departure of Cristiano Ronaldo to Juventus in 2018.

But he has started only six times in La Liga this season, scoring twice. Overall, he has made 35 appearances for Real Madrid in his 18 months at the club and scored four goals.