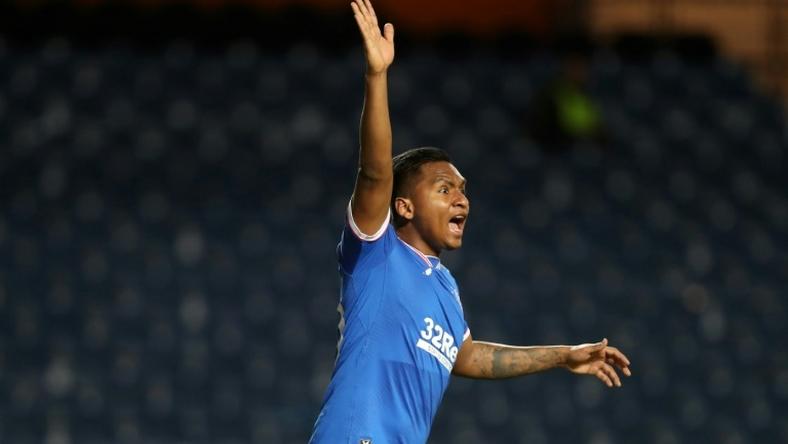 Large groups of supporters ignored coronavirus restrictions to gather outside the stadium prior to kick-off on Saturday to welcome the players and manager Steven Gerrard amid clouds of pyrotechnics.

The title celebrations have already begun as the Rangers squad ran off the field at the full-time whistle to celebrate with supporters outside.

There are fears those scenes could be repeated on Sunday if Celtic fail to win at Dundee United, which would secure Rangers’ first major trophy since the club went into liquidation and were forced to restart in the fourth tier of Scottish football in 2012.

In a statement, Police Scotland chief superintendent Mark Sutherland said: “I would remind supporters that in line with current Scottish Government coronavirus guidelines, all gatherings are currently prohibited and we would urge members of the public to comply with these restrictions.”

No fans have been allowed into Ibrox all season, but that has not stopped Rangers registering a 100 percent record, winning all 16 games and conceding just two goals in the process.

Rangers lead over Celtic stands at 21 points. Even if the Hoops do win on Sunday, Gerrard’s men would only need a point when the two sides meet on March 21 to seal the title at Celtic Park.

St Mirren are the only side to beat the runaway league leaders in any competition this season, when they shocked Rangers in the League Cup in December.

However, there was never any doubt about the outcome this time as the hosts raced into a 2-0 lead inside 16 minutes.

Ryan Kent’s twisting run and finish opened the scoring before Alfredo Morelos continued his return to form by firing in form a narrow angle.

Ianis Hagi added a third just a minute into the second-half from Kent’s low cross.

At the other end of the table, Kilmarnock are bottom after losing a five-goal thriller 3-2 at Ross County.

Victory takes County four points clear of Killie, who are yet to win in five games under new manager Tommy Wright.

Hamilton’s 0-0 draw at Aberdeen sees them edge up to 11th.

Motherwell eased their relegation fears with a 3-1 win over Livingston to move nine points clear of the bottom two.

St Johnstone backed up their first ever League Cup win last weekend with a 1-0 win over third-placed Hibernian.