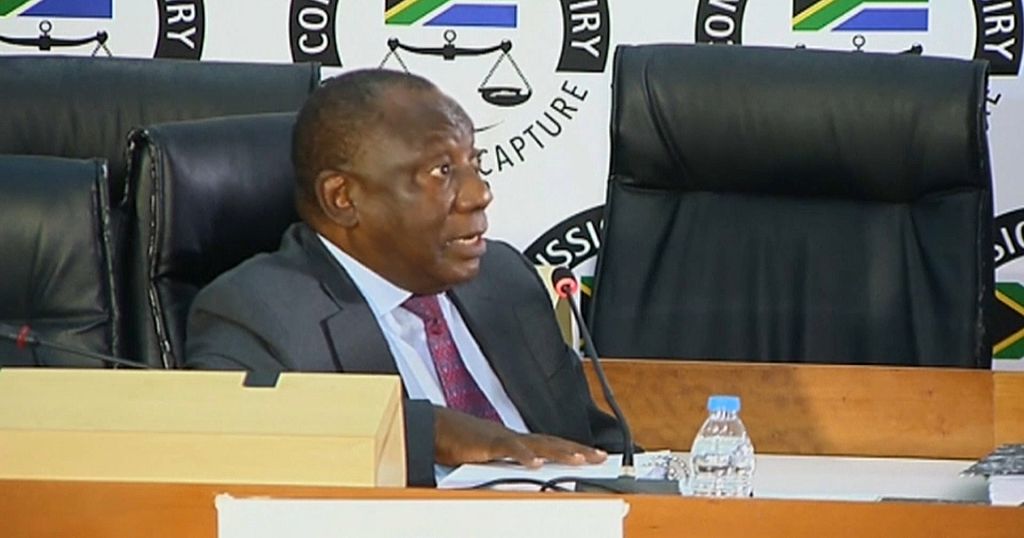 South African President Cyril Ramaphosa claimed Thursday there was “nothing sinister” about the funding for his 2017 political campaign to become president of the ruling party, the African National Congress.

Ramaphosa was testifying for a second day before the judicial inquiry investigating allegations of corruption in government and state-owned companies during the tenure of his predecessor, former president Jacob Zuma.

Describing how his campaign funds were raised, Ramaphosa said his managers did not tell him who donated money, so as to reduce the possibility they would influence his decisions.

_”There was nothing sinister, I must say, about the CR17 campaign (to become president of the ruling African National Congress), nothing underhand. People always say and fear that those who gave money wanted something in return. I would never allow that. And I would also say and because I don’t know, that to me is a safeguard, you know, how much so-and-so gave and all that.”
_

It is the first time Ramaphosa has been publicly questioned about the funding for his campaign, which was reported to have raised close to one billion rand (approximately $69 million) from wealthy individuals and businesses.

Ramaphosa disputed allegations that the money was used to buy votes.

“There is a legend that goes that the money was used to buy votes … I told my comrades that I would never want to be a part of a campaign that will descend into all these kinds of deviant behaviors that we talk about in the ANC, about vote-buying,” said Ramaphosa.

“I even said I would rather lose the race rather than have votes bought,” he added.