The Independent National Electoral Commission (INEC) launched an online portal last week for Nigerians to commence the registration process ahead of a full physical registration exercise set to commence on July 19, 2021.

Statistics released by INEC on Monday, July 5 showed that the highest number of applicants have registered from Osun State with 67,772 total applications.

This is followed by Lagos from where 30,338 applications were submitted since the portal opened, followed by the Federal Capital Territory (FCT) with 12,160 applications.

In contrast to the south, many states in the northern region registered very low number of applications with 624 in Kebbi the lowest, 825 in Zamfara, 899 in Yobe, and 990 in Gombe. 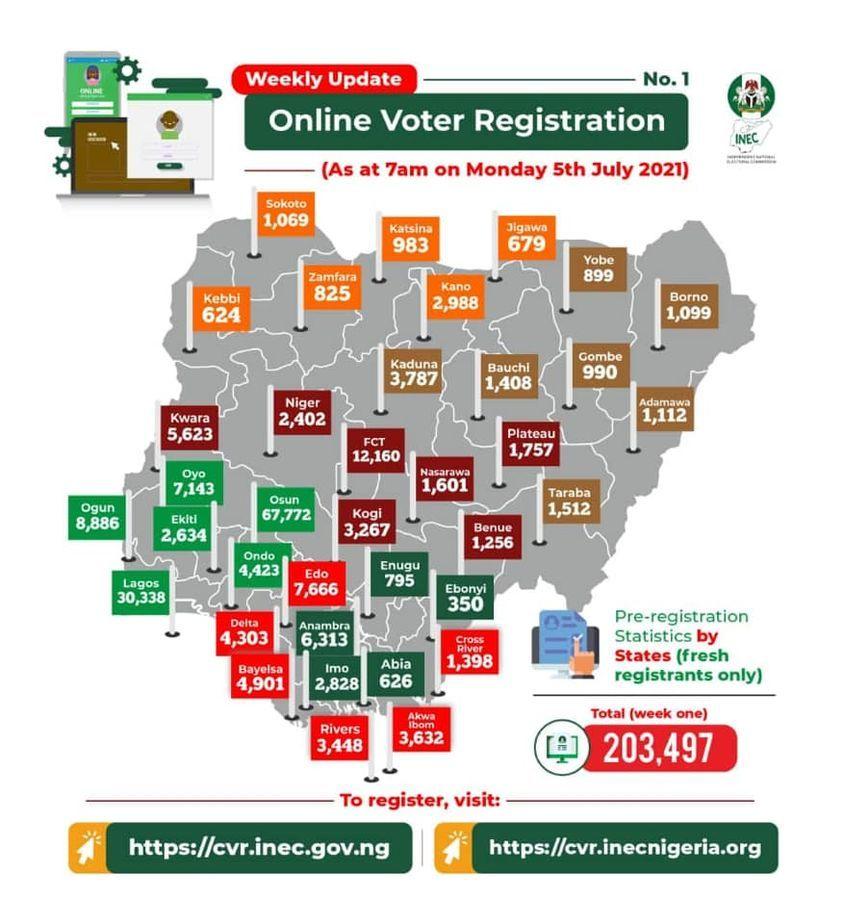 A total of 259,713 people have used the portal in the past week, a figure that also includes applications submitted by people who are requesting voter transfer, replacement of PVC, or update of voter information record.

Elderly people between the ages of 50 and 69 submitted 17,644 applications, and old people 70 years old and above submitted 2,079 applications.