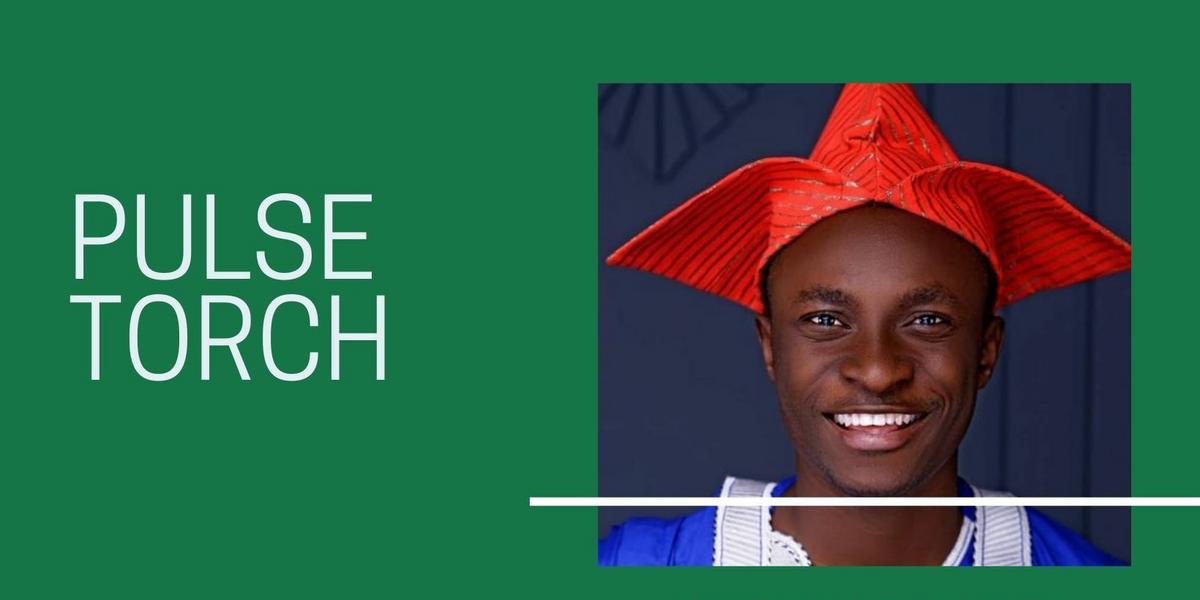 The second child and only son of two children, he hails from Ibadan in Oyo State though born and bred in Lagos. A few days ago, Pulse Nigeria chatted with him – now known as Peter Trailblazer – about his life as a comedian, skit maker, MC and more.

You can read the chat below;

Peter: I was brought up from a Christian home where I was trained in a triangle kind of life from church, to school and back home. But as I grew I realized that there was more to life, I started building relationships and viable networks that will help me grow.

As a child, I was very quiet. I tried playing street football which made me grounded (from going out) because my parents didn’t want me to get bruises. Boarding school was a memorable one for me. I was always bullied in boarding school because of my petit stature.

Pulse: How did you find content, comedy and entertainment?

I realized that entertainment was something that connects Nigerians together. And it was a tool that was being used to change the narrative as a voice to erupt the change and revolution we desire in Nigeria. I was inspired by several acts on the big screens and I decided to develop my talent and carved a niche for myself as a corporate mad man.

Pulse: How did you decide to turn it into a career?

Peter: I honestly believe that the gift of a man will make room for him. I decided to turn it into a career when I realized I could put a smile on people’s face and inspire them with my brand as well as make money from it.

I realized that the entertainment sector in Nigeria is job-rich and reputed to be the second highest employer of labour in Nigeria after agriculture. I believed that whatever my mind could conceive, I can achieve. So I started by enrolling in several film schools where I learnt about the video creation process and how to use a camera.

That was how I turned my passion into a career. Then I started the Trailblazer Production brand.

Pulse: What drives you these days?

Peter: Despite the competition to be relevant in the entertainment industry, passion and trends has been my drive and motivation. I like to unleash my creative ingenuity as well as my literary pulchritude.

I have always seen entertainment as a voice that can bring relaxation and comfort to people because we are in a time where there is lot of mental depression, financial recession and insecurity in the country. And my content has helped ease depression and suicidal thoughts and has made people merrier.

Pulse: How do you create skits?

Peter: The first thing is the message I want to pass across. I have a story book where I write every creative idea that comes to mind. I could be on the road or in the toilet when an idea comes.

I also get insight from my team when they bolster the concept. I try as much as possible to make my contents relatable, shareable, trendy and humorous by using satire and sarcasm to depict scenarios.

Once the concept is plotted and the story board created signifying the completion of the pre-production stage, I move into the production proper to create visual reality from life’s perspective.

Pulse: What inspires them, how do you proceed and what do you hope for each skit?

Peter: I have always seen myself as someone that inspires people while passing across message to them via acting. Comic acting is something I loved doing right from a tender age. I realized that social media skits are engaging, and easier to pass across message to a wide audience.

Most of the times, I am inspired by trends and relatable happenings in the country. I’m hoping to become an internationally renowned brand known for humor that passes across salient messages to inform and edutain.

I want my comedy skit to make people merrier, inspire and bring relaxation to them. My desire to positively put Nigeria on the world map with a new narrative has been my driving force. I also use comedy skits to promote Nigerian Music.

Pulse: What does it cost to make a skit? How do you get equipment?

Peter: Making a skit cost a lot in time, resources and finance. I love quality production so I go the extra-mile to make my skit of good impression. I could spend up to two days to make a skit. I work with the video production company I own called the Trailblazer Production. So it makes it easy for me to oversee the production.

Pulse: What drives you on when skits don’t do as well?

Peter: The desire to be on the big screens has been my source of resilience and consistence. I believe that if you focus on your focus, you will be a focus that will be focused on. My passion, my commitment towards my fans, as well as my patriotic responsibility to speak out to erupt a change in my country has kept me going.

The key for me has been to not lose focus of my ultimate goal. A lot of the situations happen to me in real life, and I just figure out a way to turn it into an exciting story. Honestly, in life’s drama, there is no rehearsal.

Peter: Being an MC goes interchangeably with being a Comedian. Skit making is just a annex stand-up comedy. Most of us who do online skits are comic actors, and we also creatively bring what we do online into conventional and mainstream act.

I am better at Mastering ceremonies as compared to cracking jokes and I try as much as possible to make my materials universal.

So that way, I don’t goof. I am good at my job and I am always learning to increase my knowledge to deliver on my craft. I liken my ratings to those who pay their money to watch me perform. I always bring my A-game to the craft, whether I am on stage or in front of the camera.

Pulse: What do you hope to become within the next five years?

Peter: In the next five years, I would have been much more established. My brand which is called the Trailblazer Production would be well known in Nigeria for delivering top –notch entertainment.

To become a renowned and publicized brand is the vision. I have a goal of being amongst top 10 influential creators in Nigeria who are delivering top–notch entertainment. I also would be known for movie-making.