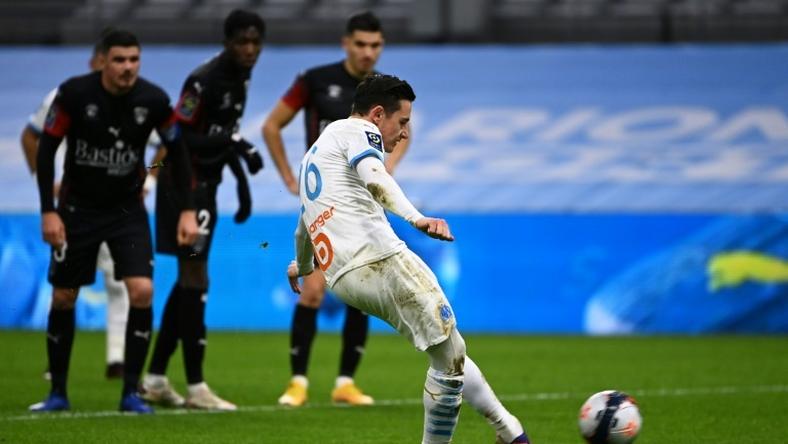 Kurzawa scored with 20 minutes left at the Stade Raymond Kopa to send PSG provisionally two points clear of Lyon, who will have the chance to reclaim first place when they host Metz on Sunday.

Assistants Jesus Perez and Miguel D’Agostino took charge of the PSG side with Pochettino having to self-isolate after the announcement on Friday that he had contracted the virus.

“It was a very difficult match. Angers are a very well organised team,” said Perez, the Spaniard who also worked for Pochettino at Espanyol, Southampton and Tottenham Hotspur.

“We were in contact with Mauricio. He spoke to the players before the match via video at the hotel.

“We spoke before the match, at half-time and just afterwards. We will of course be in contact during the week.

“We already know what we will be doing in training. Of course it’s not the same without him, but we have been working together for eight years so we know what we need to put the emphasis on.”

Neymar made his return to the starting line-up in Angers for the first time since suffering an ankle injury in a defeat to Lyon a month ago.

With Kylian Mbappe and Angel di Maria also starting behind Moise Kean in attack, it was a strong Parisian line-up but they appeared to play within themselves against an Angers side who sit seventh.

The home team even almost went ahead early in the second half when a Lois Diony diving header from close range was well saved by Keylor Navas.

Stephane Bahoken also saw an attempt deflected over before PSG broke through.

Alessandro Florenzi’s cross from the right was inadvertently helped on by Angers defender Romain Thomas for Kurzawa, arriving from left-back, to score his first goal in almost a year with a first-time cushioned volley at the back post.

It was a third win in four games for PSG since former Spurs coach Pochettino was appointed two weeks ago.

He won his maiden trophy in midweek when the reigning Ligue 1 champions beat Marseille 2-1 to claim the Champions Trophy, the French equivalent of a Super Cup.

Before Lyon play on Sunday night, third-placed Lille can also go level on points again with PSG if they beat Reims.

Meanwhile Marseille’s hopes of staying in the title race were dealt another blow earlier on Saturday as Florian Thauvin missed a penalty in a shock 2-1 home defeat by struggling Nimes.

France World Cup winner Thauvin sent a woeful spot-kick wide in the first half and Swedish winger Niclas Eliasson then converted twice from close range after the break to give the away side an unassailable lead behind closed doors at the Velodrome.

Argentine forward Dario Benedetto pulled one back late on for Andre Villas-Boas’s side but this result left them with just one win in six Ligue 1 games.

Marseille are sixth in the league, now 10 points behind leaders PSG, albeit still with two games in hand.

“We risk losing touch with the teams at the top, who are more consistent than us,” said Villas-Boas.

“We were very bad and we paid an expensive price for it. We can’t go from playing well against Paris to a miserable match like today.”

Nimes move off the foot of the table after their first win in nine, but they remain in the bottom three.

The two sides below them, Lorient and Dijon, had their clash set for Sunday postponed after a Covid-19 outbreak at the Brittany club.