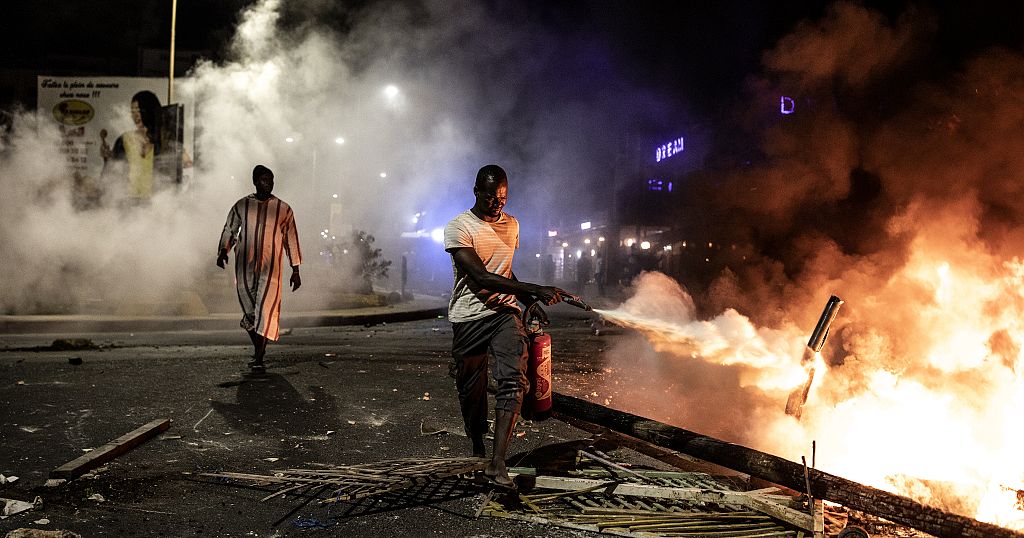 The main clashes were in the city’s Ngor district, while other incidents were reported in the Medina and Yoff areas and suburban Pikine, Guediawaye and Thiaroye.

The violence erupted on the first night of a 9 pm-5 am curfew announced by President Macky Sall for Dakar and the adjoining region of Thies.

Together, they account for nearly 90 percent of Senegal’s Covid-19 cases, according to health authorities.

The government defended the curfew as it came into effect, saying the step was justified by “rampant growth in infections, severe cases… and the number of deaths.”

Senegal imposed a first curfew in March after the first cases of Covid-19 emerged, a measure that prompted violent demonstrations. It was lifted in June.

There then came a lull before a second wave struck in mid-November.

As elsewhere in Africa, Senegal’s numbers are far from the levels reached in the West, with more than 20,000 cases and 433 deaths.

But the outbreak has put a strain on the poor country’s healthcare system, and restrictions have had a hefty impact on the many people in precarious jobs.

“Lots of us work at night,” said Jean-Paul Mendy, a delivery driver in the Parcelles Assainies district, who said he had to do his job after nightfall because traffic was easier.

“We earn a living on a day-by-day basis,” he said.

Modou Niang, a taxi driver in Parcelles Assainies, said the curfew began just when he was supposed to start work.

“I have children and they’re stopping me from working. Macky Sall’s decision is nonsense — it looks like he thinks he’s king.”

A protester named Babacar Seck said the curfew was inconsistent with what was happening during the day.

“The curfew isn’t going to make the virus go away,” Seck observed.

Sall, announcing the curfew on television late Tuesday, said the measure was based on medical advice after adherence to anti-Covid measures had “generally slackened.”

The government has urged the public not to drop its guard.

Senegal has long-running measures in place that include the requirement to wear a mask in public buildings and transport, and a ban on gatherings in public areas, including beaches.

Anti-coronavirus immunisation is now gearing up in rich economies but is virtually negligible in Africa.

Sall said he had asked for a vaccination strategy to be proposed as soon as possible but gave no timeframe.