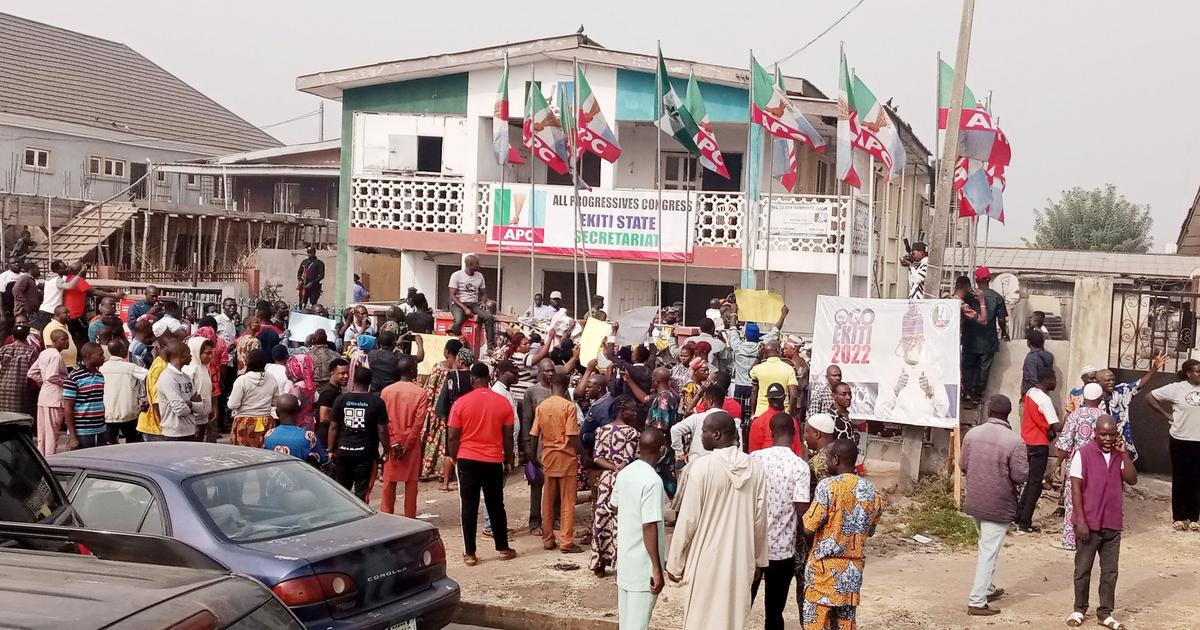 Addressing newsmen at the APC Secretariat in Ado-Ekiti, six of the eight aspirants called for cancellation of the whole exercise.

But, in a swift reaction, Badaru insisted that the primary election would hold as scheduled.

Sen. Adedayo Adeyeye, on behalf of other aggrieved aspirants, alleged that the election materials had been distributed overnight to stooges of one of the aspirants, thereby disenfranchising them and their supporters.

“Six of us, that is aspirants, are here at the party Secretariat, only for us to receive text from the committee’s Secretary that the committee will not be able to hold meeting with us and that they (committee) are going to the fields to monitor the primary.

“This shows that there’s a compromise and we want to tell the whole world that there is no election anywhere.

“We called for the total halt and stoppage of the Ekiti APC governorship primary,” Adeyeye said.

Corroborating Adeyeye, the duo of Sen. Opeyemi Bamidele and Mr Kayode Ojo, said they have pictorial evidences to show that stooges of one of the aspirants are the Electoral Returning Officers.

They said that, aside their calls for stoppage of the exercise by the APC National Caretaker Committee led by Alhaji Mai Mala Buni, other necessary action would be taken at the appropriate time.

In his reaction, the committee’s Secretary, Mr Victor Olabimtan, denied the claims, saying that the exercise has go to on as planned.

“The governorship primary election of Ekiti fixed by the National body of the APC slated for Thursday, January 27, will hold as scheduled in all the 177 wards of Ekiti.

“The APC governorship primary election committee wishes to assure the general public that a level playing field that will guarantee fairness, openness and transparency, has been adopted by the committee.

“It is an incontrovertible fact that every member of the appointed Electoral Officers for today’s primary election is a bonafide member of Ekiti APC,” Olabimtan said in a statement.

He said that all the names submitted by the aspirants had been added to the existing arrangement and they had been assigned into various wards and local governments.

“We hereby call on all well-meaning APC members in Ekiti to go to their respective wards to fully exercise their voting right without fear or intimidation.

“The adopted Option A4 is the most transparent form of election.

Meanwhile, as at the time of filing this report, accreditation were ongoing in various Wards accredited for the election in Ado-Ekiti, and other towns visited by the News Agency of Nigeria (NAN) Correspondents.