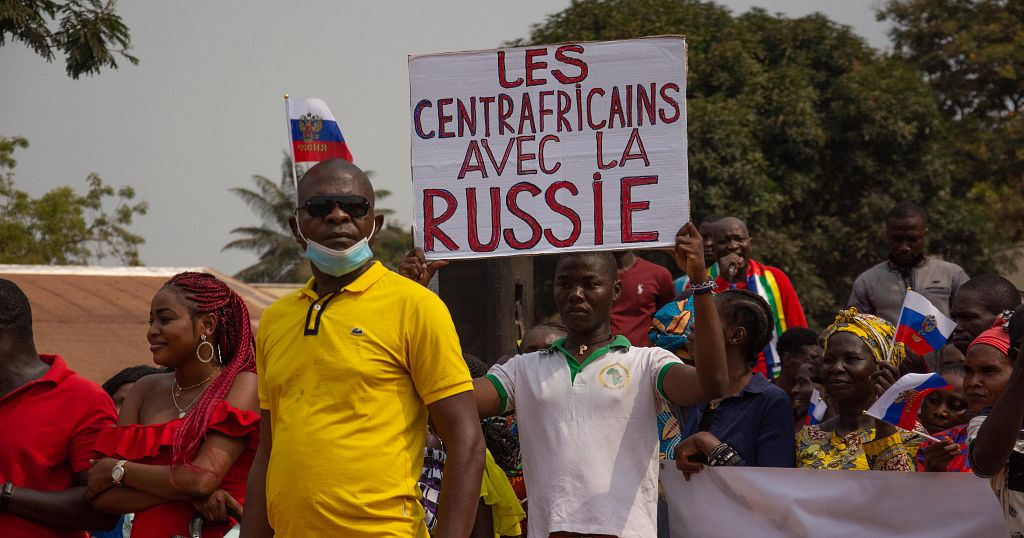 A hundred people participated Saturday in Bangui, the capital of Central African Republic, in a demonstration in support of Russia in its offensive against Ukraine, noted a journalist from AFP.

The demonstrators gathered at the foot of a statue, inaugurated in late 2021 by President Faustin Archange Touadéra, representing Russian fighters protecting a woman and her children. Many waved Russian and Central African flags in the heart of the capital, near the university.

Faced with a threatening rebellion more than a year ago, President Touadéra called on Moscow to rescue his impoverished and poorly trained army, and hundreds of Russian paramilitaries were added to the many others who had been present for three years.

In a few months, they had pushed back the armed groups that were then occupying two-thirds of the country and recovered the vast majority of the territory.

But according to the UN, this was at the cost of numerous human rights violations by “mercenaries” from the Russian private security company Wagner, “massacres” and the “execution” of civilians.

The demonstrators held up signs proclaiming “Russia saves Donbass”, in reference to this pro-Russian separatist territory in eastern Ukraine, or “Russia and Central Africa against Nazism” and “It’s Nato’s fault”.

During a vote Wednesday at the United Nations General Assembly of a text that “demands that Russia immediately cease the use of force against Ukraine,” the Central African Republic abstained.

“We are here to give our unwavering support to Russia in this war. I think it was imposed by the West on Russia,” Blaise-Didacien Kossimatchi, a member of the National Galaxie platform, one of the associations organizing the demonstration and which regularly vilifies France, a former colonial power, and the UN, told AFP.

“Nato wanted to install its military base in Ukraine to attack Russia,” he continued.

Galaxie Nationale had organized a previous demonstration in support of Russia, which brought together about 100 people on February 23 in Bangui.

“We have come to support Russia, which has come to bring peace to our country,” said Brice Plegba, while waving Russian and Central African flags.

At the end of February, France and the United States accused for the first time in the UN Security Council the “Wagner mercenaries” of having “massacred” and “executed” dozens of civilians in January. A Russian diplomat immediately denied this, accusing Paris and Washington of trying to “discredit” the Russian “specialists” present in the Central African Republic.