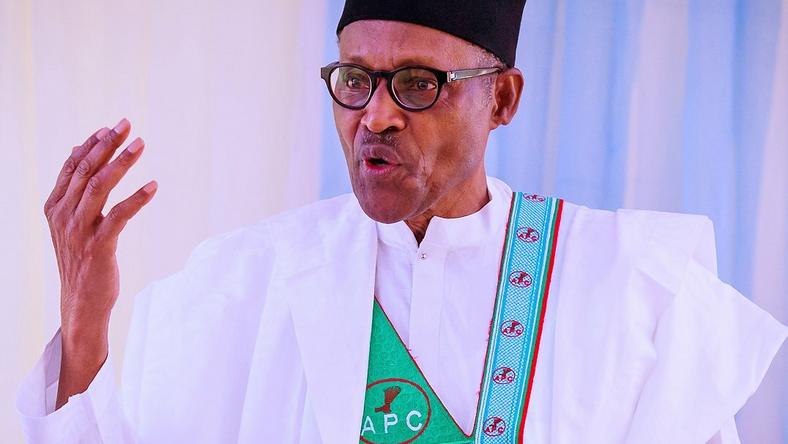 According to a statement by Malam Garba Shehu, the President’s Senior Special Assistant on Media and Publicity, in Abuja on Saturday, the transition of the former heads of the Army, Navy, Air Force and the Military Intelligence is normal in decent democratic societies.

President Buhari had on Feb. 4 forwarded the names of the immediate past Service Chiefs to the Senate as non-career Ambassadors-Designate.

He said: “In accordance with Section 171 (1), (2) (c) & sub-section (4) of 1999 Constitution of the Federal Republic of Nigeria as amended, I have the honour to forward for confirmation by the Senate, the under-listed five (5) names of nominees as Non-Career Ambassadors-Designate.”

The presidential aide, however, dismissed the position of the opposition party, PDP, on the nominations, wondering how decent people could run down hardworking professionals who served their father land with the best of their abilities just to score cheap political goal.

The statement read in part: “But the newspapers and online media are full of pages of laughable criticisms of the President and former Service Chiefs by the party, the latest of which was the false claim that they were nominated as ambassadors so as to shield them from trial by the International Criminal Court, ICC.

“How on earth can decent people run down hardworking professionals who have put in their best to defend their country? How can you run down your country and equate that with normal political dialogue and opposition?

“What is baffling about this false and baseless assertion is that this is coming, not from Boko Haram terrorists who the military kept largely in check and confined to a known section of the country, Sambisa, but from a so-called leading opposition party that fraudulently kept power for 16 years and is nursing the hope of one day returning to office as an elected government.

“What is more, under these corrupt politicians the insurgency conquered large swathes of territory-18 Local Government Areas.

“Pray, if a political party, in a blind search for power can spurn the interest of the nation, embrace the language of hate campaign against the country’s military as enunciated by the terrorists, as the PDP does, what will be left for the Boko Haram to do? PDP is doing Boko Haram’s work!

“We live in an evidence-based era for arguments. If the PDP has evidence of rights abuse against the military in the war against terrorists, wouldn’t it be beneficial to the nation that they publish such evidence instead of levying grave accusations without proves?

“And to ask, in whose interest are they making these accusations that lack any depth?

“To add, we don’t think the ICC, which these childish calls are being made needs to be lectured on democratic values and human rights by the PDP.

“Who are they, and what is their record in office to lecture anyone? Zaki Biam and Odi where thousands of citizens were on record, the genocide operation comes to mind. Did they report themselves to the ICC?’’

Shehu added that PDP’s attacks on the ambassadorial nominations should be seen in the context of the “opposition party’s track record as a university of liars, whose modus operandi is to propagate lies.’’

According him, the president is rewarding hard work and exceptional sacrifice by a set of military leaders who gave their best to the nation and will be remembered, sooner than later, for their contributions to the security and survival of Nigeria as one nation.

“They should be allowed to move to the next level.

“This is so that their examples will help to inspire others if given the opportunity to serve,’’ he said.