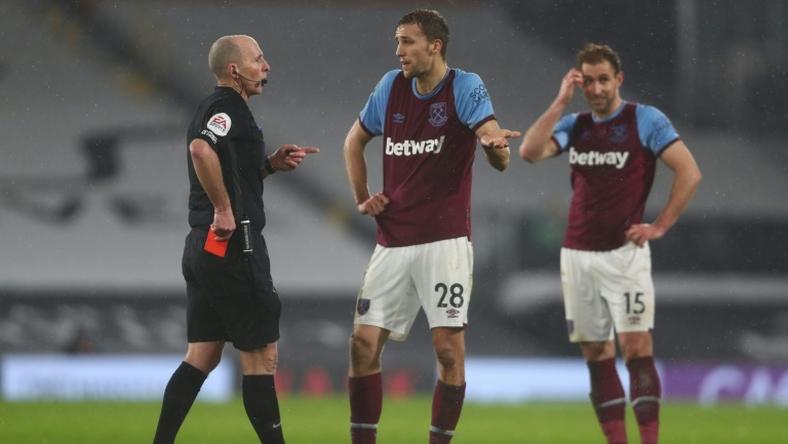 Dean reviewed the incidents on the pitchside monitor after consulting VAR before making his decisions. Both have since been overturned on appeal.

The referee asked to be stood down from the next round of Premier League fixtures and was not included on the match officials list for the forthcoming weekend, though he will be in charge of Wednesday’s FA Cup tie between Leicester and Brighton.

Premier League chief executive Richard Masters said the threats to Dean and his family were “inexcusable” and called for more action from social media companies.

Soucek also spoke out against the abuse levelled at Dean, tweeting that decisions “made on the pitch should stay on the pitch”.

“There is no place for abuse of any kind,” he said. “It is in the past and I’m now focused on the rest of the season.”