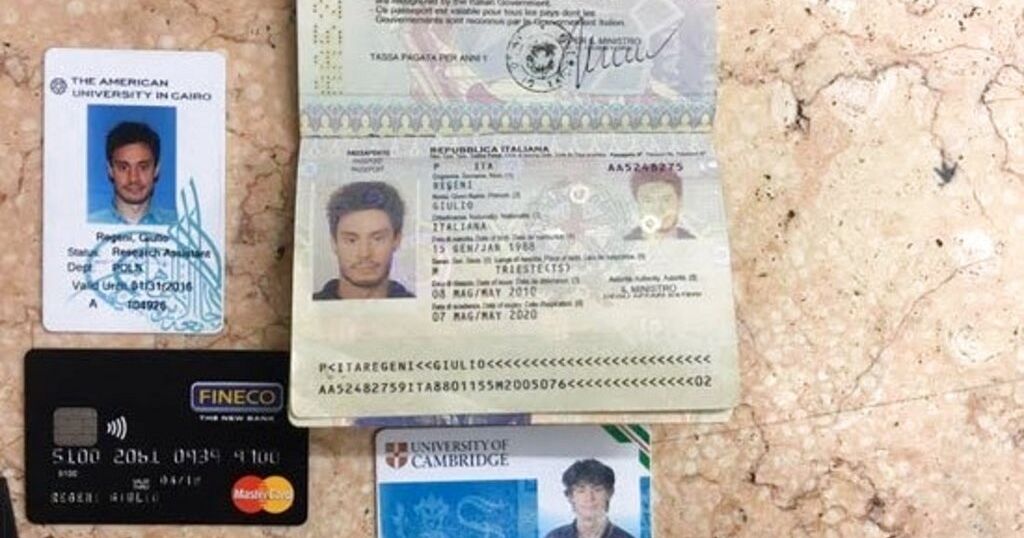 A preliminary hearing opened in Rome on Thursday for four high-ranking members of the Egypt’s security forces who are under investigation for their alleged roles in the torture and killing of Italian student Giulio Regeni.

The killing took place in Cairo in 2016.

Italian prosecutors asked a judge on Thursday to have the four senior members of Egypt’s security services sent for trial over their suspected role in the disappearance and murder of Regeni.

The four Egyptians were being tried in Rome in absentia. The Rome prosecutors accuse the four officials of the “aggravated kidnapping” of Regeni and in addition say one of them, Major Magdi Sharif, from General Intelligence, should be charged with “conspiracy to commit aggravated murder”.

Regeni was last seen sometime in January 2016 near a subway stop in Cairo, where he had been researching union activities among street vendors for his doctoral thesis in his studies at Cambridge University.

His mother later said his body was so mutilated that she was only able to recognize the tip of his nose.

The torture marks resembled those resulting from widespread torture practices in Egyptian facilities, activists and rights groups have said.

Regeni had been in Cairo to research Egypt’s independent unions for his doctoral thesis. Associates say he was also interested in the long-standing domination of Egypt’s economy by the state and military.