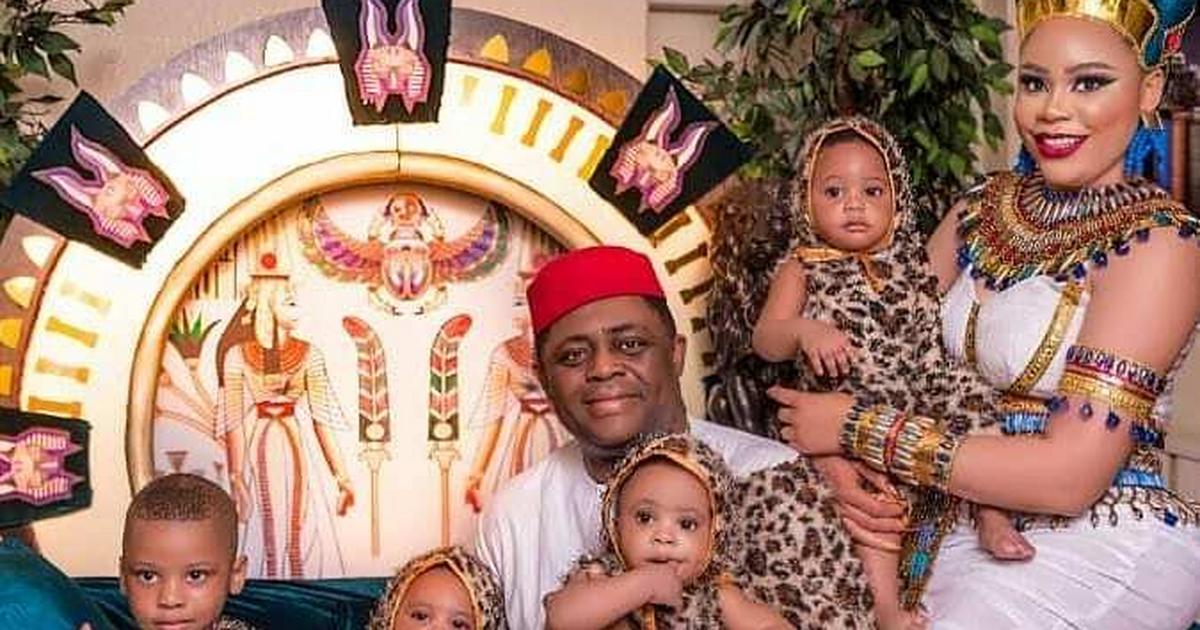 Fani-Kayode had in his press release via his lawyer called the mother of his four sons, bipolar and insane.

In a post shared via her Instagram page on Thursday, December 9, 2021, the former beauty queen said the politician is the one who is bipolar.

“When you want to make press statements next time mr short fuse, be assured I will respond with pictures and video evidence. You are the one with bipolar,” she wrote.

She also shared a photo of one of her sons she claimed was badly bruised.

“This is my son Liam and his left face is completely bruised. His lawyer physically insulted me in court yesterday and still unapologetic, I gave it back to him as he had got away with insulting me at the federal high court Apo several times in March, and April whilst I kept mute,” she added.

Chikwendu’s post came hours after her estranged husband called her insane and bipolar.