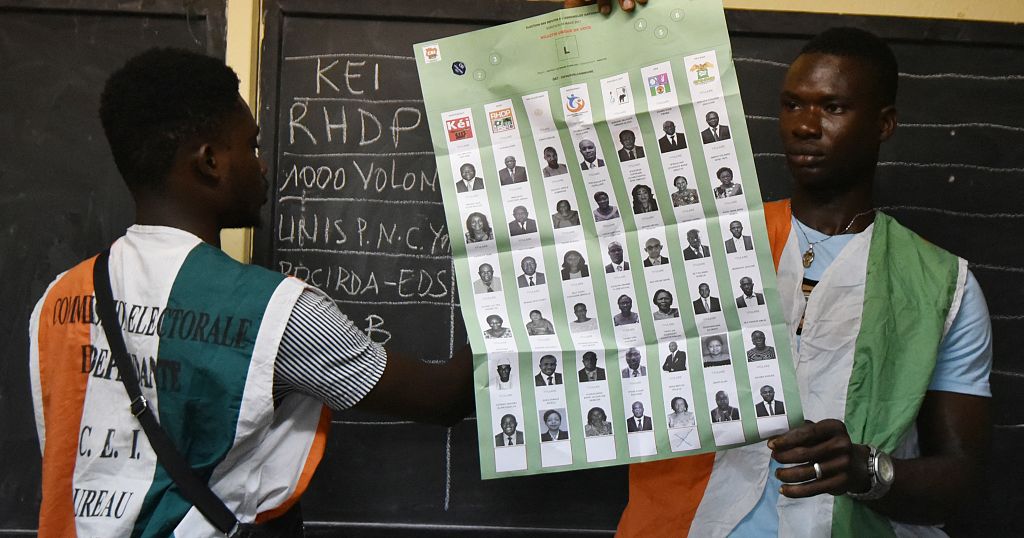 Ivory Coast held parliamentary elections on Saturday, with voters going to the polls in a key test of stability four months after a presidential vote was marked by deadly violence.

Abidjan Mayor Sylvestre Emmou, an opposition candidate, said that three people had been stabbed and injured in the economic capital on what was otherwise a calm day of voting. Election observers reported no other major incidents.

The 22,000 polling stations closed at 6:00 pm (1800 GMT) and the independent electoral commission was set to announce the results as they came in.

Grappling with a deep political crisis, President Alassane Ouattara had offered an olive branch to his former rival Laurent Gbagbo, whose party lifted a decade-long boycott of elections.

“I hope that the unfortunate events of the presidential elections of 2010 and 2020 are past us,” he said, referring to poll-linked violence that claimed thousands of lives.

More than 1,500 candidates were vying for the votes of roughly seven million people in a contest for the 255-seat National Assembly in the world’s top cocoa grower, formerly a haven of peace and prosperity in troubled West Africa.

Former president Henri Konan Bedie, head of the opposition Democratic Party of Ivory Coast (PDCI), who cast his vote at the same polling station as Ouattara, called on the electoral commission “to ensure there is no cheating or trouble”.

Prominent Ivory Coast opposition figure Pascal Affi N’Guessan, who was arrested after the presidential vote and released on parole, said he hoped the polls wold be “a new start for our country on the path of democracy and political stability”.

Voter Micheline Irielou, a 43-year-old who lives in Abidjan’s central Plateau district where all government offices are located, called for change.

“We’re tired. We don’t have much to eat. In my neighbourhood we don’t have water and that’s why I came to vote. So that it changes,” she said.

In the last legislative vote in December 2016, Ouattara’s RHDP party teamed up with the centre-right Ivory Coast Democratic Party (PDCI), winning an absolute majority with 167 seats.

In an unprecedented move, the PDCI has forged an election alliance with the centre-left coalition Together for Democracy and Solidarity (EDS), whose driving force is Gbagbo’s Ivorian Popular Front (FPI).

Their declared aim is to prevent Ouattara and his party from “consolidating absolute power”.

As a result, some commentators believe it could be the most open election in years, with the prospect that independents could hold the balance of power.

The October 31 presidential vote was marred by violence that claimed 87 lives and left hundreds more wounded.

The 79-year-old was returned to power in a landslide thanks to the opposition boycott, but the country was mired in crisis.

Ouattara had forced Gbagbo out of office in 2011 after a post-election civil war that claimed several thousand lives and left the country deeply split.

After his ouster, Gbagbo, 75, was flown to the International Criminal Court in The Hague to face war crimes charges arising from that conflict.

He was acquitted in January 2019 and is now living in Brussels pending the outcome of an appeal.

More recently, Ouattara has reached out to his old foe and in a bid to secure “national reconciliation,” issuing Gbagbo with two passports, one of them a diplomatic pass.

Gbagbo previously said he hoped to return in December but his supporters now say it will be in mid-March, and have set up a committee to prepare a spectacular welcome.

In Yopougon, a sprawling working class area of Abidjan home to nearly 500,000 voters, N’Dri Tanoh, who is in her seventies, said she was “happy that I did my civic duty”.