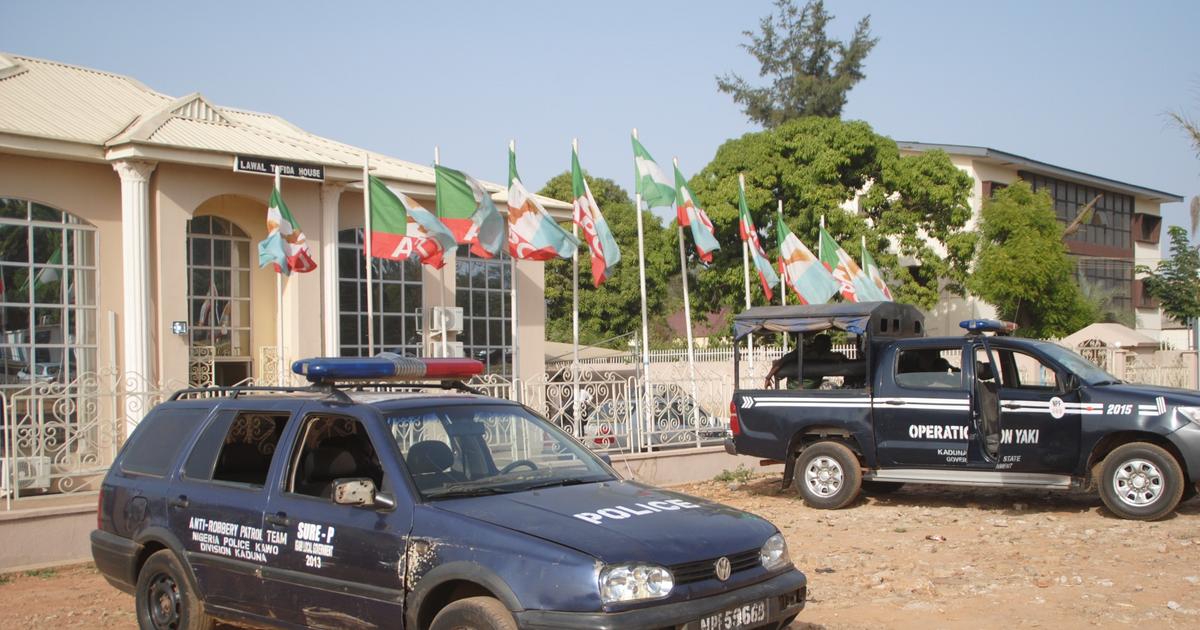 The News Agency of Nigeria (NAN) reports that the party leaders and other loyalists were denied access to the office following cracks in the leadership.

This followed a vote of no confidence passed on the party’s chairman, Dr Ben Nwoye, by 42 members of the State Executive Committee of the APC in Enugu on Wednesday.

The committee had accused Nwoye of insubordination to statutory authorities and wanting to balkanise the party at the state level.

The committee members had told newsmen at a news conference that their decision was taken on grounds of gross misconduct and disregard for the party’s constitution by the chairman.

The Deputy State Chairman, Mr Gilbert Chukwunta, on behalf of others said that Nwoye had violated the congress guidelines as spelt out by the Caretaker and Extraordinary Convention Planning Committee (CECPC) of the party.

Chukwunta was accompanied to the conference by a number of other Executive members notably the State Secretary, Chief Robert Eze, and the State Women Leader, Mrs Oby Nwofor.

Others were State Youth Leader, Mr Joshua Mamah, the State Financial Secretary, Dr Mrs Amaka Adonu, as well as a number of other notable party functionaries.

They stated that the EXCO members had come together to rescue the party from its looming dismemberment should Nwoye remain as Chairman.

The committee presented the communique to the 42 members of the State Executive pushing for Nwoye’s removal issued after their meeting.

The communique detailed a number of his actions ranging from his decision to unilaterally inaugurate ward executives who he handpicked, ignoring those elected by the ward delegates.

He said that the inauguration took place even when the results of ward congresses of the party had yet to be ratified by the CECPC.

Chukwwunta said that the ward Congresses held nationwide and were done within set guidelines issued by the national body following the party’s constitution.

He described the exercise in the state as one of the best congresses held nationwide, where all their leaders came together and peacefully elected their ward executives.

“Surprisingly, we saw our Chairman, Ben Nwoye, wake up and swear in people who never contested in the congresses.

‘This was happening even when the results were yet to be ratified by the CECPC, even as the appeals committee is yet to commence its hearing.

‘This you will agree with me is a flagrant disregard of the guidelines and capable of causing rancour within the party.

‘This act can reduce our chances of winning the 2023 governorship elections and winning the state in the Presidential elections,’’ he said.

They also accused Nwoye of attempting to cause disaffection within the party by encouraging party members to take the party to Court.

The state EXCO unanimously moved for his removal and appointed Chukwunta, the Deputy State Chairman, as Acting Chairman.