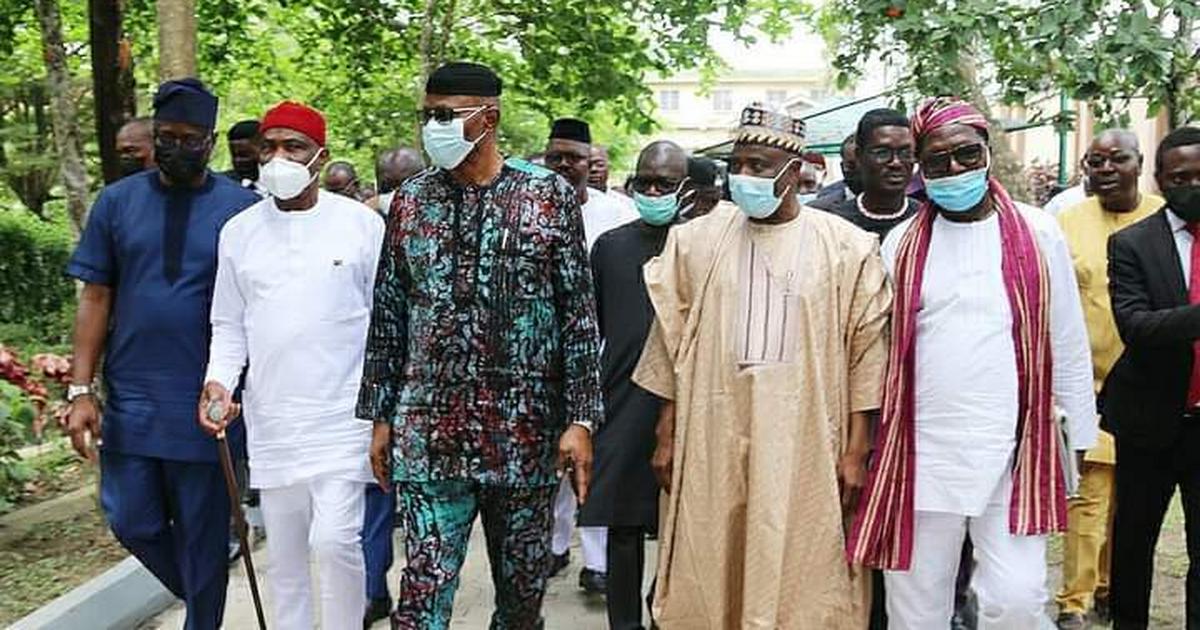 Governor of Sokoto State, Aminu Tambuwal said this in Ondo on Thursday, October 28, 2021, during PDP governors’ visit to the former governor of the state, Olusegun Mimiko.

Governors, Seyi Makinde of Oyo, Nyesom Wike of Rivers and Okezie Ikpeazu of Abia state were in Ondo with Tambuwal to re-invite Mimiko and a former Deputy Governor of the state, Mr Agboola Ajayi to the PDP.

Following the meeting, which held at Mimiko’s residence in Ondo, Tambuwal while addressing journalists revealed that the PDP had commenced an aggressive mission to rescue Nigeria from its current situation.

“We are to reposition the country and to ensure that the PDP is back to power in 2023, he said.

“We are here in Ondo town, the residence of our leader, Olusegun Mimiko, to re-invite him to his political family, the PDP and as you can see, we have governors from Rivers, Oyo, and Abia states and we have had a robust engagement with him.

“We are very hopeful that we are going to have a positive response from him soonest. Our message is simple, let us come back together to reposition the PDP towards rescuing Nigeria now.”

Speaking on his re-invitation to the PDP, Mimiko announced his readiness to return to the party together with Agboola Ajayi and other politicians from other parties.

He said the meeting the governors held at his residence was successful, adding that they would have to meet with his supporters and other stakeholders before defecting officially.

He said, “This is the one of a series of interactions we had over two months ago and they have come at least to convince us why we should come back to join forces with them in the PDP.

“We have listened to them, we will go back to our stakeholders’ meeting because it is the stakeholders that will decide before we will take our final decision on it.”

Mimiko and Ajayi used to be PDP members. Both of them left the party for other parties before joining the Zenith Labour Party.