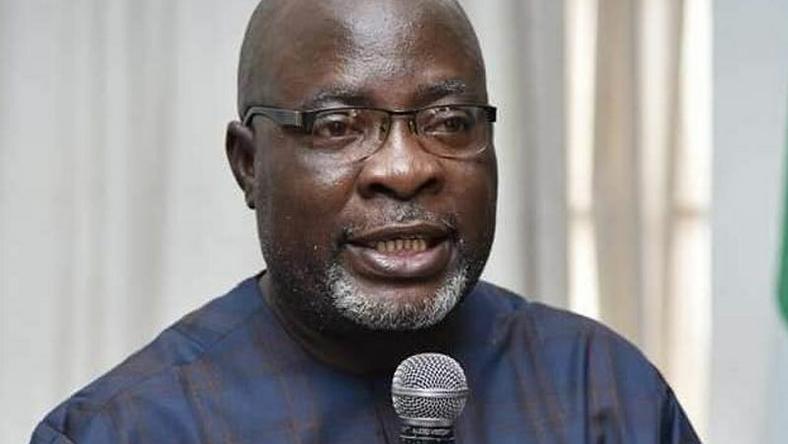 Trump’s supporters invaded the building that houses the US Senate and House of Representatives in a bid to disrupt the certification of Joe Biden’s Electoral College victory.

Reacting to the riots in a statement on Friday, January 8, 2021, PDP’s National Publicity Secretary, Kola Ologbondiyan urged Buhari and the ruling party to pay greater loyalty to Nigeria rather than to the presidency.

The party also advised Buhari to take a cue from the riots in the US and strengthen Nigeria’s democratic institutions.

The statement reads; “It is instructive to state that this is the only way to reposition our nation on the path of good governance, political stability, national cohesion, and economic prosperity.

“There is no overstressing the fact that for the strong institutions put in place by patriotic leaders of the United States, that nation would have been thrown into terrible turmoil or succumb to a chaotic order that would have no regard for the law and the will of the people.

“Our party, therefore, urges the Buhari Presidency to check all acts that weaken our institutions and encourage the manipulation of our security, judiciary, legislative and electoral bodies.

“Mr President should take steps to ensure reforms that would strengthen our system, including ending all acts of nepotism in appointments into such sensitive institutions.

“The American example equally underpins the demand for public officers, particularly the APC leadership in the National Assembly, to begin to pay greater loyalty to our country and her interest over the parochial interest of their party or the executive arm.

“The patriotism displayed by American Senate Leader, Mitch McConnell, in rejecting the attempt to undermine their nation’s electoral system is a direct call on APC leaders in the National Assembly against the unpatriotic practice of putting narrow partisan interests above the national interest.

“Moreover, the APC must stop being a community of people with common selfish interests and desperation for personal enrichment, who are not ready to stand up for the truth in the face of acts of injustice, deprivation and callousness against the Nigerians people and our constitutional order.”

Meanwhile, Trump has vowed that he would not attend the inauguration of his successor Joe Biden on Wednesday, January 20, 2021.