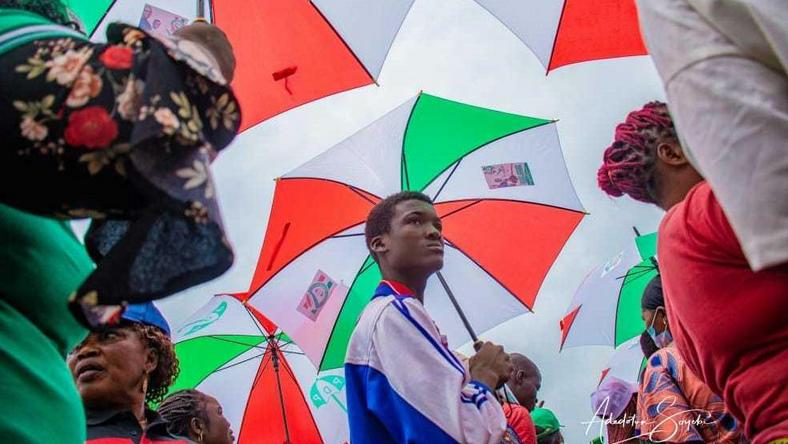 The party gave the directive during a meeting between Mrs Funmilayo Ogun, its State Secretary and secretaries from the 16 Local Government Areas and 155 wards in the state.

The News Agency of Nigeria (NAN) reports that the meeting was also attended by Mr Bisi Kolawole, the chapter’s Chairman and members of the state working committee.

In his remarks, Kolawole expressed the need for the party to be well repositioned through aggressive membership drive to take control of the state from the APC in the 2022 governorship election.

“I urge the party’s secretaries to forget the style of the past and start mobilising for the party ahead of the 2022 governorship election in the state.

“The ward secretaries should be more active and responsible; know what they are doing and to always listen to the leadership of the party.

“Wining Ekiti back in 2022 is dear to our heart in the PDP and you have critical roles to play for us to actualise this,’’ he said.

Mrs Ogun, convener, said the meeting was intended to charge the ward and local government secretaries on how best to perform their duties as opposition party’s scribes.

She said secretaries should work in close collaboration with party chairmen for the party to be stable and peaceful as to win elections.

“Secretaries cannot do anything without the permission of chairmen.

“The party’s scribes at local governments and wards should be ready to carry out other duties that may be assigned to them in a manner that will make our party stronger in the estimation of the public.

“You must ensure that the implementation of decisions and directives of the party are strictly adhered to.

“Ensure that all units of the party carry out their duties promptly.

“This is the best way to operate as an opposition party,’’ Ogun, a Commissioner for Works in former Gov. Ayodele Fayose’s administration, added.

She said it was the duty of the party’s scribes to render written reports of the activities of the party for better coordination and cohesion within the system.