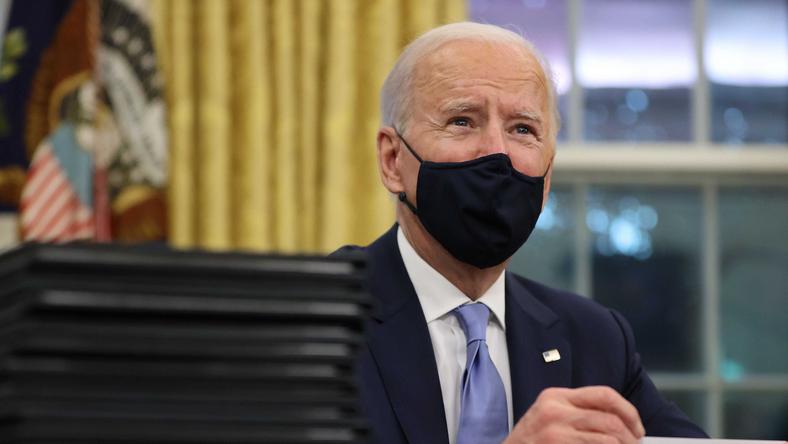 Biden was sworn in as the 46th U.S. president on January 20, 2021, and almost immediately overturned a policy of the previous Donald Trump-led administration that prevented Nigerians from applying for immigrant visas.

The PDP praised his action in a statement released on Sunday, January 24, but urged him not to extend a friendly relationship towards the Buhari-led government.

The party’s spokesperson, Kola Ologbondiyan, said the 78-year-old should strongly consider imposing firm sanctions on leaders of the APC, and officials of the Buhari administration involved in acts of corruption, patronising of terrorists, and undermining Nigeria’s democracy.

He said the Biden administration must also freeze the assets of such individuals so as to save Nigeria’s democracy.

“Now that President Biden has settled down to work, our party urges him to look into the records, especially the report of the Department of State and note the litany of infractions on our polity by APC leaders and officials of the President Muhammadu Buhari-led administration,” the statement read.

The PDP asked Biden to help Nigeria recover trillions of naira allegedly stolen by APC leaders, and to lean on Buhari to put an end to insecurity and corruption in Nigeria.

The agents were accused of manipulating elections, deploying thugs and security operatives to unleash violence to rig elections in Kano, Ondo, Kaduna, Katsina, Ekiti, Niger, Plateau, Rivers and Kogi States among others.

Buhari won re-election at the polls in 2019, but the result was contested by the PDP who alleged widespread voting malpractice. However, the party lost the case at the Supreme Court.

The PDP vowed in Sunday’s statement it will defeat the APC through a free, fair, and credible election in 2023, urging the party to get ready for a peaceful exit after failing Nigerians.