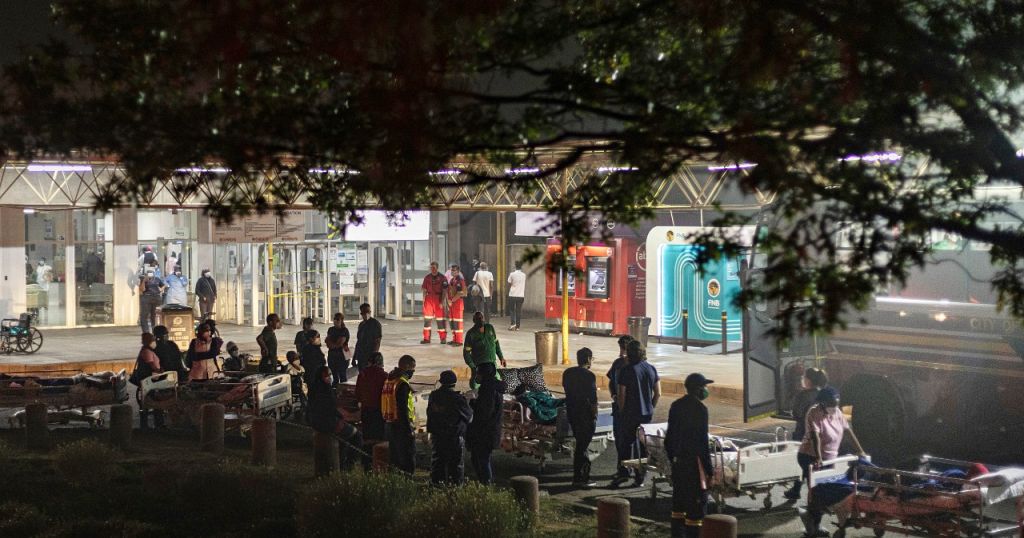 A fire has forced hundreds of patients to evacuate from a hospital in South Africa’s Johannesburg.

No injuries or casualties have been reported and patients are being moved to other hospitals.

The fire started Friday morning and had been doused by the afternoon but then it reignited in the evening and burned through the night.

The fire has caused extensive damage to the Charlotte Maxeke hospital, which is one of the biggest public hospitals in South Africa.

The hospital is also a designated treatment centre for COVID-19.

The fire started in a storeroom for dry surgical supplies, according to officials.

“Our firefighters have been receiving help from others in neighbouring municipalities. It has been a tedious process trying to move patients. At first, we moved them to wards that were far away from the fire but we started to evacuate them,” Gauteng health spokeswoman Kwara Kekana told The Associated Press.

“That is still a process that is ongoing, we are now referring all patients to other hospitals,” said Kekana.