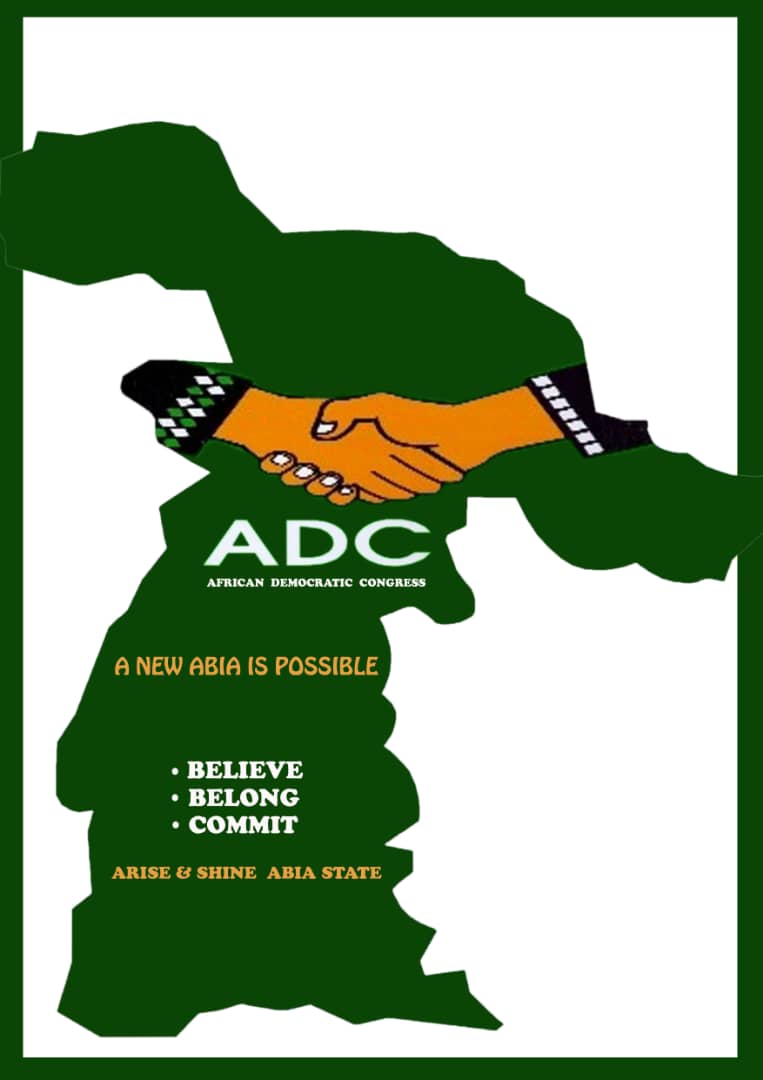 The African Democratic Congress (ADC), Abia State chapter, has revealed that it will receive about 50,000 leaders, members and teeming supporters from different political parties in the state.

Don Norman Obinna, the ADC Chairman in the state, confirmed this in a statement in Umuahia, the Abia capital on Tuesday, on the heels of the planned mega rally by the party leadership in the state slated to hold in March and April, 2022.

He disclosed that those to be received into the fold of African Democratic Congress are drawn from Arochukwu, Aba north/south, Obingwa, Osisioma, Umuaahia north/south, Ikwuano, Ohafia, Bende, Ukwa east/west and Isialangwa south local government areas of Abia state.

“March and April are going to be busy for Abia ADC as we prepare for our Umuahia mega rally. 50,000 ADCfied Abians are expected to participate. It’s a rally to behold”, the ADC chairman added.

Obinna also used the medium to reiterate that ADC remains the platform that will redefine the narratives of governance in Abia if elected into power come 2023.

He regretted the deplorable state of governance in the state and grieved that the people of Abia are not riding the crest of a wave, but as the saying goes, “every cloud has a silver lining”.

He assured that ADC will not sabotage the 2023 aspiration of the people of Abians, as the party is poised to check the excesses of the government, provide an alternative to the people of the state, and galvanize the masses to challenge what he described as irresponsible Peoples Democratic Party-led government and her insidious policies.

According to him, “we are not here to romance the ruling party but to chase them away”.

Norman Obinna further disclosed that the party had planned to achieve it by implementing the “Not too young to Run policy, and also insisted that meaningful development becomes a mirage without the youths calling the shots.

His words, “ADC is the platform for the Abia youth and all progressive-minded Abians to retrieve and make Abia State great again. Our godfathers are the battered civil servants, the raped and enslaved youth/residents and the impoverished Pensioners. Our loyalty lies with them”.