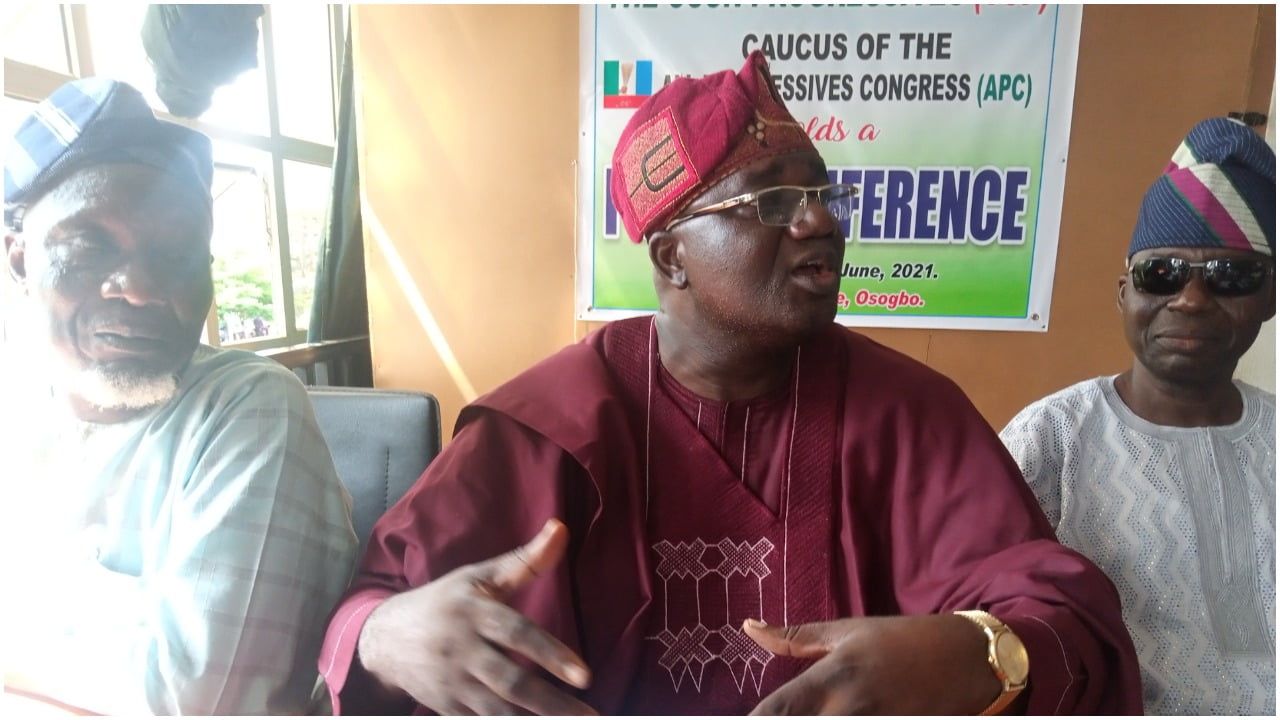 The Osun Progressives (TOP), a caucus of All Progressives Congress, APC on Tuesday, stated that the group was formed to strengthen the party but not otherwise has been tagged by “enemies”.

The group asserted that the caucus was formed by progressives minded people whose objectives are noble with motives pure and not a splinter group within the Osun APC.

Stating the mission of the group, the chairman of the APC caucus, Revd Adelowo Adebiyi during a press conference held at the Oranmiyan building, Osogbo, declared that TOP exists to correct the observed anomaly in APC, which according to him, other existing caucuses like Agba Osun turned blind eyes to, and strengthen it for the good of all.

Recall that since the formation of the group and adopted by the minister of Interior, Rauf Aregbesola who is the immediate past governor of the state, some elements in the party have tagged it a “splinter group.”

He said, “There are no regular meetings at whatever level, where opinions, views and ideas could be aggregated while members are fragmented with unsynthesized outlook towards party ideals. Not an exaggeration, APC members are frustrated.

“It is clear now that Osun APC is being run arbitrarily with the rule of thumb as dictatorial tendencies of the party leadership has put several members off, to the extent of their becoming nonchalant towards the party.

“As at today, without internal cohesion and commitment to party ideals, the APC may need more than ordinary efforts to win elections in the state.

“This, regrettably, was the pattern with the AD before it lost power in the state to PDP which sent the state to darkness for more than seven years. That tragedy and affliction must be avoided by all means, hence the emergence of TOP,” Revd Adelowo said.

Others executives of the group present at the press congress was the state Secretary of the APC in Osun, Rasaq Salinsile; Vice Chairman of Osun APC, Azeez Isa Adesiji, Gbenga Akano Esq; and some Osun former commissioners under governor Aregbesola, Lani Baderinwa; Kolapo Alimi among others.

1 thought on “Osun APC: We are not a splinter group – Osun Progressive ‘Top’ fire back”