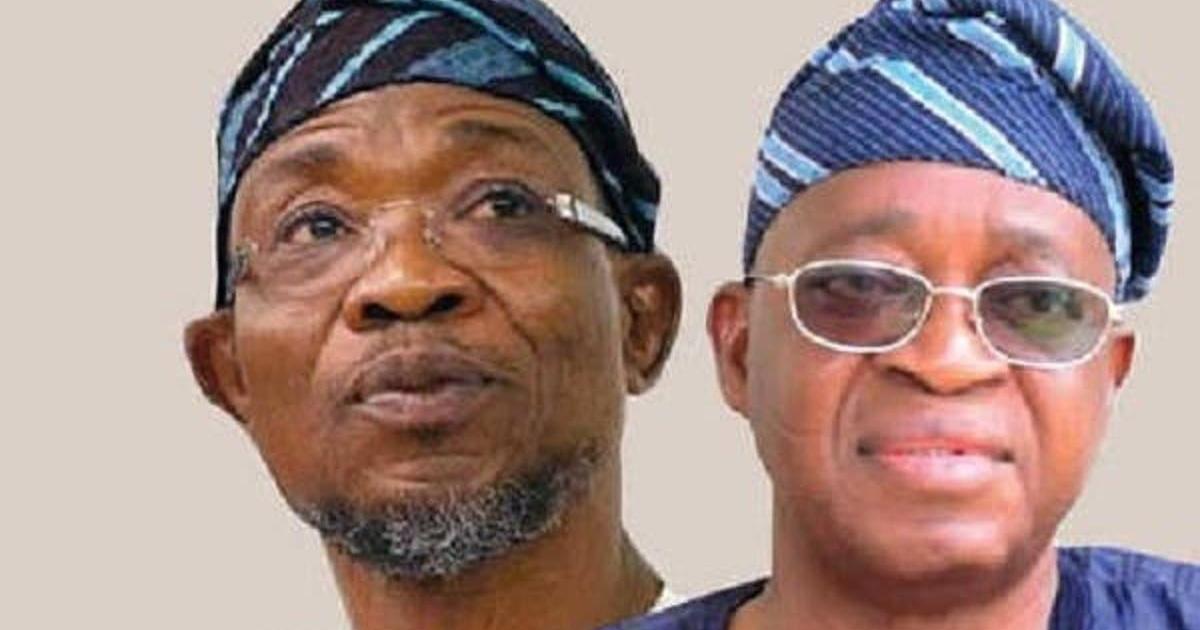 The Osun State Government had on Sunday, January 23, 2022, cried out over plots by some persons to embark on a campaign of calumny against the state governor.

The state government said that clandestine schemes were being put together by some unscrupulous elements to tarnish Oyetola’s image and reputation.

But the Salinsile-led APC in a press release by the faction’s publicity Secretary, Comrade Biodun Agboola on Monday, January 24, 2022, asked the state government to substantiate the allegation of smear campaigns against it.

The faction said Oyetola’s allegation was unfounded, adding that the governor should be the one to be reminded of many campaigns of calumny it has waged against his predecessor since 2018.

The party said that Oyetola and his team were making vigorous and deliberate efforts to feed the public with falsehood with a view to blackmail Aregbesola.

It added that the governor has spent the last three years maligning and setting up groups to blackmail Aregbesola.

The statement reads in part: “The case of The Osun Mastermind Group is just the latest of such groups, faceless individuals and members of the cabinet that have been assigned to attack and made blackmail the former Governor, Rauf Aregbesola.

“Was it not under this same administration that Aregbesola was falsely accused of suspending promotion of staff since 2012 by Oyetola himself?

“Did a member of the cabinet of the Governor not openly accuse Aregbesola of borrowing N16.5 billion at interest rates over 20 percent to build high schools?

“It is on record that a member of cabinet of the Governor accused Aregbesola of using the highly popular and impactful Osun Youths Empowerment Scheme (OYES) to siphon state funds?

“Were media organisations not misinformed that asphalting of Gbongan -Akoda Road had to be redone and paid for by Oyetola?

“Can the people of Osun forget how the Oyetola government has deliberately accused Aregbesola of poor execution of the mega schools and caused their depopulation?

“Were the people not misinformed that payments of the high schools were not duly processed and backed up by payment vouchers?”

The faction said instead of embarking on the continuation of people-focused and impactful programmes in the state, Oyetola put the state in reverse gear.

“Virtually every programme that earned our party accolades and made it an unbeatable party have been denigrated and diminished by the Governor. He has watched with pleasure how known members of his cabinet have used the social and mainstream media to cause disaffection among party members.

“How then can such a Governor come out now to allege any plot against his administration?” the party asked.

The party said the governor must know that it is the civic responsibility of the people of the state to ask questions, adding that accountability and transparency in governance is not the same thing as smear campaigns.