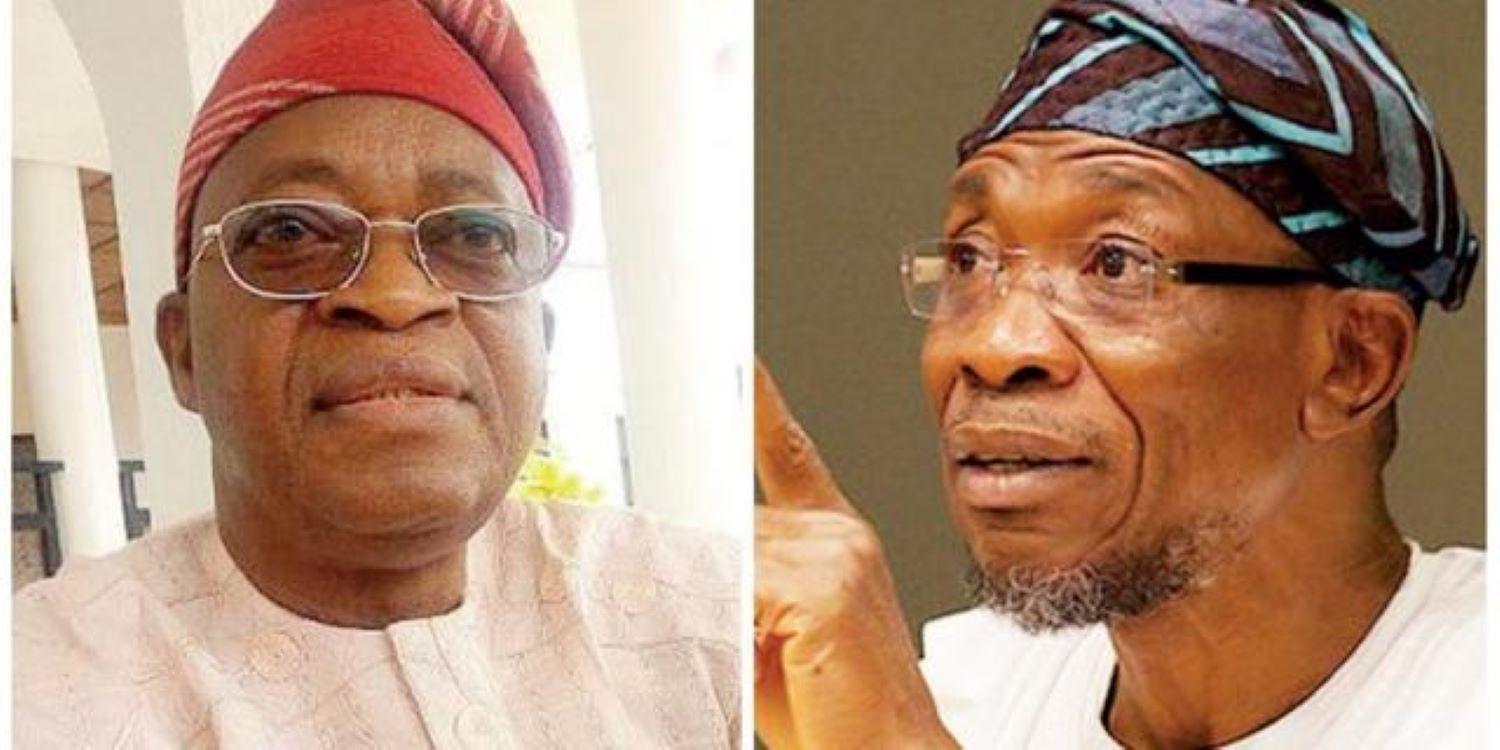 It has been revealed that the National Secretariat of the All Progressives Congress (APC) is making frantic efforts to salvage the political situation in Osun State, ahead of the July 16, 2022, gubernatorial election.

Behind this sudden move at mending fences, reportedly, is Abdullahi Adamu, the National Chairman of the party who is worried about the sharp division and the infighting which arose as a result of the challenge between The Osun Progressives (TOP), a group within the party in the state loyal to Rauf Aregbesola, Minister of Interior and former state governor against the IleriOluwa group, which is loyal to the seating Governor, Adegboyega Oyetola.

Party sources revealed that Chairman, Adamu is trying to forestall a possible defeat of the party at the gubernatorial election which has been brought on due to intra party rivalry, which has resulted in party members being in each other’s throats.

Recounting, an anonymous source in the party at the National Secretariat revealed that the party Chairman is worried about the present state of the party in Osun even though he knows about the grievances between the camps of Aregbesola and his predecessor, Oyetola.

He explained that that the chairman of the National Reconciliation Committee, Adamu had met both factions before the national convention of the party.

“You will recall that he had met the two camps a few months ago whilst he was the Chairman of the Reconciliation Committee and he made some recommendations.

“Now as the National Chairman of our party, Senator Adamu is more worried about the fight-to-finish tendencies of the two camps. He does not want APC to lose Osun and no rational chairman or chieftain of the party would want his party to lose a governorship election.

“Moreover, the Chairman does not want to start his administration on a poor performance note. Ekiti and Osun governorship elections will be the first serious task he will handle. He does not want to lose the elections.”

The source who hinted at a reconciliation added that since negotiations were ongoing and the APC National Chairman had met with Rauf Aregbesola on several occasions, the crisis within the state chapter of the party would be settled soonest.

“I can tell you that the crisis in Osun APC will be settled in a matter of weeks. The Chairman had met with the Minister of Interior on several occasions and I think their discussions were fruitful. Negotiation is ongoing and hopefully, there will be a compromise; maybe on the National Assembly and State Assembly tickets of the party in the state.”

However, Abiodun Agboola, the Publicity Secretary of the Rasaq Salinsile led faction of the Osun APC countered that he was aware of any reconciliation.

He explained that the general members of the public will know if such happens anytime.

Since becoming APC National Chairman, Adamu has been trying to ensure that the party does not lose Ekiti and Osun gubernatorial elections, being the first elections he will oversee as Chairman.