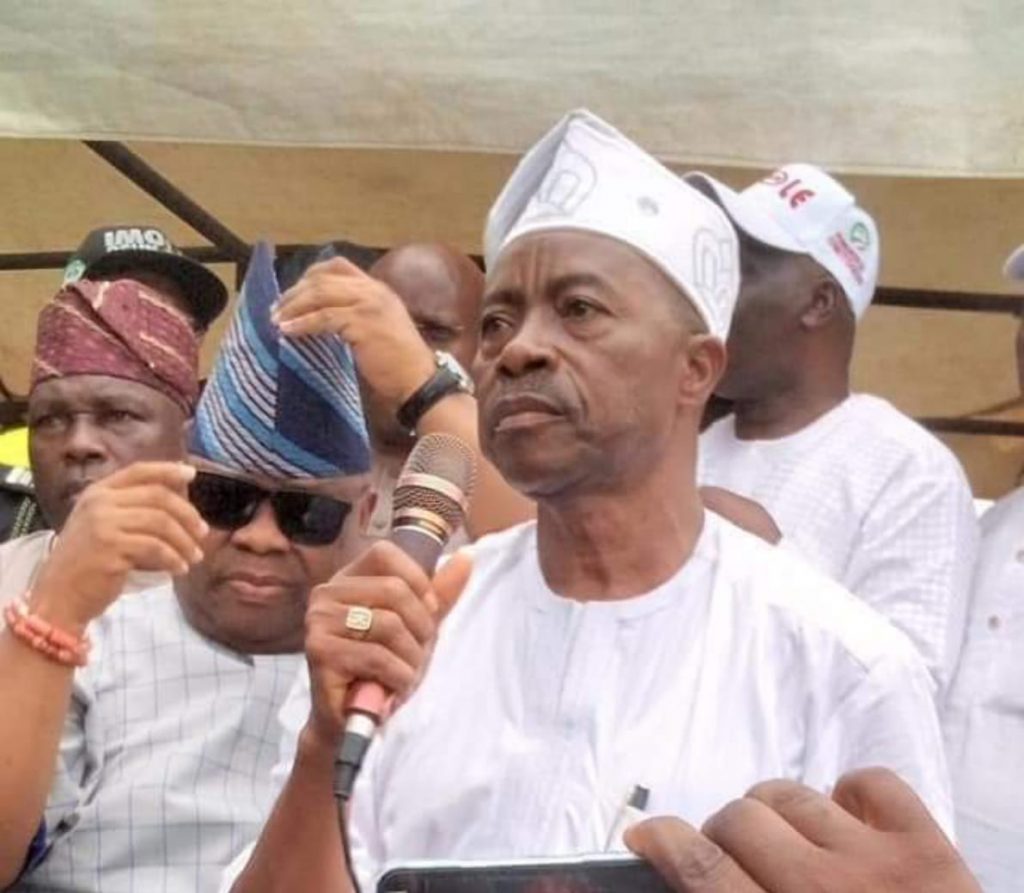 Ahead of the 2022 Osun gubernatorial election slated for July 16th, 2022, the Peoples Democratic Party (PDP), Osun State has presented Kola Adewusi as the running mate to Senator Ademola Adeleke.

Making the presentation in Osogbo on Monday, during a special stakeholders’ meeting, the Osun PDP acting chairman, Sunday Bisi thanked party members for being steadfast and for being loyal even as myriads of problems had ensued immediately after the primary election.

In his acceptance speech, Adewusi, who is from Ife East Local Government Area of Osun State, while promising to serve with diligence and total cooperation if elected into office, thanked the party members in the State for the opportunity.

Adeleke revealed that they were going to tour the length and breadth of the State and sell to the electorate what the party was going to do differently from what was being experienced.

While agreeing that there is hardship in the land, he stressed that things could not continue the way it was.

Maintaining that the ruling All Progressives Congress (APC) has ruined the country, he declared that since the PDP government had done it before, it will do it again and bring succor to the people.