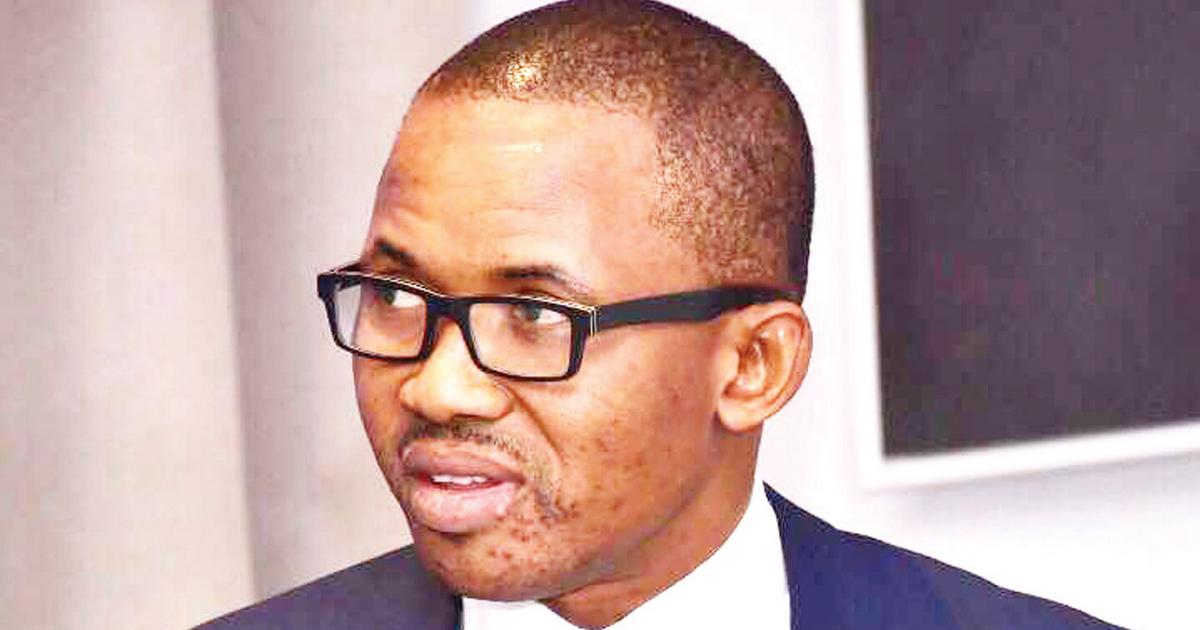 Ajulo said that the interpretation of his statements by Igbokwe was false and did not represent the content and context of his interview.

The lawyer, who recently featured on Channels TV programme, ‘Politics Today’ had analyzed governance under the present administration and the chances of the APC in the 2023 presidential election.

But in a post on his Facebook page, Igbokwe claimed Ajulo mocked President Muhammadu Buhari and the National Leader of the ruling All Progressives Congress, Asiwaju Bola Ahmed Tinubu, in his interview.

Dismissing the claim credited to him, Ajulo said the clip of his live interview on Politics Today is still on channels television’s website for whoever seeks clarity.

He said, “I am disappointed at how it is very comfortable for somebody in the rank of Pa. Joe Igbokwe to deliberately distort facts for whatever reasons best known to him. I challenge him to present where I made these statements in the interview.

“Asiwaju is a well respected leader across party lines and I even acknowledged his benevolence towards me in that interview but it’s unfortunate that did not interest Pa Igbokwe.

“I’m a known defender of President Buhari both in Court of Law and in Public Space. My reference to Mr. President’s health was on the basis of his own statements that his age tells on his performance, that he could have even performed more than he has done. How does referencing age and having personal preference for a younger and more competent person to become the next president of Nigeria translate to insults?

“And if I had quoted the many important responsibilities on the desk of the Vice President as part of reasons he has not officially declared to run for president, how does it mean to saying another person is jobless. This is simply a matter of perceptive of priority for Prof. Osinbajo as at this time period.

“Therefore, Joe Igbokwe should be bold enough to vent his thoughts and stand by them. He cannot stylishly hang his hidden thoughts on my open and harmless statements. For me, this puts a question tag on Baba Igbokwe’s loyality to his mind and even his principal.”

The post reads: “Bikonu, who is Kayode Ajulo? Who is beating the drums for him? ….Kayode shocked me this morning on Channels TV, He says #EndSARS, a known destructive enterprise will be used to stop Bola Ahmed Tinubu. So, it has come to this? Desperation is not a strategy.”

Reacting, Ajulo said the 2023 presidential election cannot thrive on propaganda, saying Nigerians are expecting campaign manifestos centred on real issues and how to set the country on the path of sustainable development.

He said, “I am a noble man of conviction with a pedigree and I toe the path of integrity. Pa Igbokwe thrive on causing unreasonable upheavals where simple understanding is needed. That is evident in many inciting statements that have been credited to him in the media. I don’t understand what he stands to gain by misrepresenting my words to cause tension where there is none.

“I really do not understand what Pa. Igbokwe meant with “He will hear from us soonest”. He should be reminded that I am a lawyer and I don’t take issues of threat for granted. So, he has to be very delibrate about his statements as urge that his principal to call him to order.

“The realities of 2023 elections campaign is beyond campaign of calumny. Nigerians will only entertain issues based campaign with practicable ways to tackling prevailing issues.

Ajulo said that Igbokwe’s claim was a mere distraction, adding that his position on the 2023 presidential election was simple and clear.

The lawyer concluded that Osinbajo remained the best option for the APC and Nigeria.